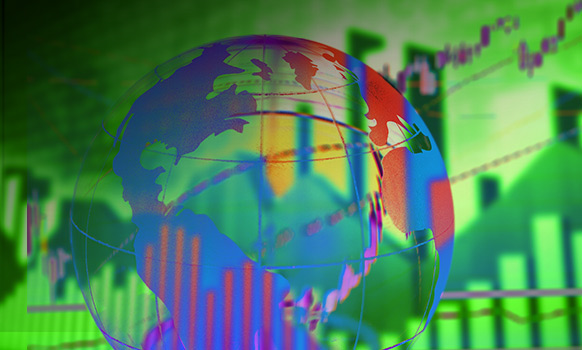 Executive tells DownstreamToday that "world-scale" isn't the only size for ethylene cracking facilities in the Appalachian region.

Leveraging the global cost advantage of inexpensive feedstocks from domestically produced natural gas, petrochemical manufacturers in the United States could add more than 10 million tons per year of new ethylene cracking capacity by 2017.

Grassroots facilities – rather than expansions at existing plants – would account for most of this proposed new capacity, which would be concentrated in the Texas/Louisiana Gulf Coast region. The projected capacities of the proposed newbuild plants would appear to be "world-scale" – a designation that is not clearly defined but many accept as 1.5 million tonnes or more of ethylene processing capacity a year. 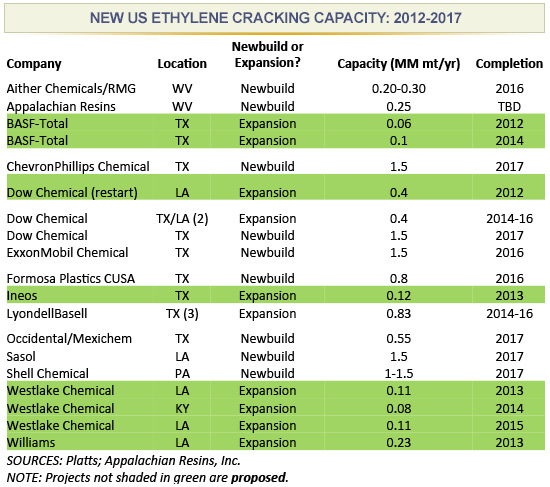 Given its long history of petrochemicals manufacturing and extensive pipeline infrastructure to transport natural gas liquids (NGL) feedstocks, the Gulf Coast enjoys important advantages for companies contemplating investments in new or existing facilities. In fact, only three of the proposed newbuild crackers would be located outside the region. One of these proposals, an ethane cracker that Shell Chemicals might build near Pittsburgh, would be a "world-scale" facility, according to the company. Another project, which would be built in West Virginia by Aither Chemicals LLC and Renewable Manufacturing Gateway, would boast a dramatically smaller processing capacity. A third firm, Houston-based Appalachian Resins, Inc., has proposed building another cracker in the Mountain State that would provide ethylene and polyethylene to a more localized regional market.

In a recent interview with DownstreamToday, Appalachian Resins CEO James Cutler asserted that there is a niche in the region for smaller-scale crackers that use only ethane as feedstock. Not only can smaller plants contribute to supply chain resiliency should a world-scale facility experience an outage, but they face less daunting environmental and other considerations than a large facility, he explained.

A transcript of Cutler's discussion with DownstreamToday follows:

DownstreamToday: When does it make sense for an ethylene cracker that uses ethane as its feedstock to be world-scale?

James Cutler: The decision to build a world-scale ethylene cracker using ethane as its feedstock involves a number of considerations. The most important factor reflects: what does the market want? That is, will a proposed ethylene cracker be sold out shortly after start-up without having to deeply discount ethylene production or downstream derivatives? Another factor reflects environmental issues. The larger an ethylene plant, the greater the environmental considerations. A world-scale cracker could push emissions over desired limits. Feedstock logistics are another factor. Besides the routine availability of ethane feedstock, the ethane has to be able to be laid off when the cracker is down. This requires a sophisticated feedstock infrastructure. The bottom line, basic economics and key ancillary factors will tell you if it makes sense to construct a world-scale ethane-based ethylene cracker.

DST: Why might a world-scale ethylene cracker not be ideal for Appalachia compared to, say, the Gulf Coast?

JC: At this time, there is not a supporting NGL infrastructure, or any major ethylene-consuming downstream petrochemical plants in place in Appalachia. To accomplish this will require both time and billions of dollars in investment.

DST: Do you believe that a smaller-scale ethylene cracker such as the one Appalachian Resins is proposing will serve as a business model for others in shale gas-producing regions? Why or why not?

JC: Smaller than world-scale ethylene plants may be the appropriate business model for not only other shale gas-producing regions, but for any natural gas production location that has to dispose of NGLs. Again, the fundamental question should be what size production facility does the market want, and can that facility be profitable compared against alternative development options. This approach applies to ethylene crackers, propane-to-propylene facilities or gas-to-liquids (GTL) development. For some reason, we have a fixation on world-scale facilities. An ethylene cracker, of any size, won’t be profitable if the output of downstream units can’t be profitably moved into the market. Remember, the Marcellus-Utica fairway is unique. Not only does it reflect ethane that must be removed from sales gas because of British thermal unit (BTU) considerations, but also it is close to some major petrochemical and plastics markets.

DST: Do you envision a scenario where world-scale and smaller crackers could coexist within Appalachia? Why or why not?

JC: There is absolutely no reason why regional and world-scale crackers can’t coexist. With ethane as the feedstock, there is no difference in ethylene yields between large and small crackers, and there doesn’t have to be any difference in variable costs. Smaller regional crackers can share the same infrastructure support facilities as world-scale facilities. Regionally sized production facilities can also be incrementally expanded if market conditions warrant. Overtime, a combination of “world-scale” and “regionally sized” ethylene plants can jointly contribute to developing a Mont Belvieu-like NGL infrastructure in Appalachia.

DST: What are some of the challenges of developing a smaller facility? Conversely, are there any advantages compared to what a world-scale project developer might encounter?

DST: As a prospective ethylene facility developer in Appalachia, what are some of the region's infrastructure needs? Do you believe they are being adequately addressed?

JC: The one infrastructure element that would help the most is the development of a large and inexpensive NGL storage facility that would support both petrochemical development and pipeline operations.