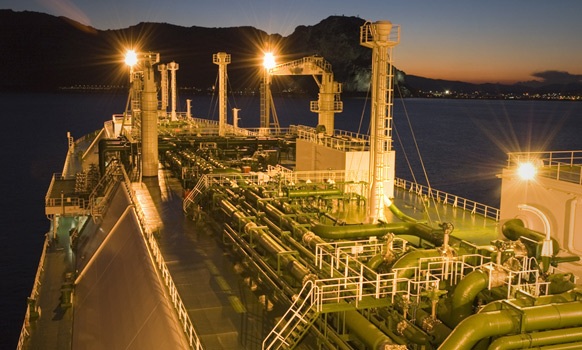 The global LNG market will soon be awash in supply. Analysts offer their views on what this will mean for Asia-Pacific importers.

In the past year changes have taken place in the liquefied natural gas (LNG) market that many analysts and companies never anticipated. From a limited supply of LNG in the Asia-Pacific region and escalating spot prices reaching over $20 per million British thermal units (MMBtu) at the start of 2014, prices for the super-chilled fuel have plunged to just over $7 per MMBtu. Amid increasing supply and dwindling demand (particularly from the world's top two LNG importers, Japan and South Korea), it is decidedly now a buyer's market. Meanwhile, exporters scramble to lock in deals.

Additionally, earlier this month Japan skipped publishing monthly data on the average spot prices paid by buyers in the country due to a lack of May trades. Reuters said the omission serves as the latest sign of tepid global demand for the fuel and over supply. Japan's Ministry of Economy, Trade and Industry (METI) only publishes the price average when there is a total of at least two spot trades from companies for any given month.

More LNG supply will enter the market at the end of the year when Cheniere Energy's Sabine Pass terminal on the Gulf of Mexico exports its first cargo. In addition, seven more Australian LNG projects will go on-stream in the next few years. As a result, LNG market fundamentals – and the so-called spot market that offers shorter contracts, usually for a duration up to two years – are set to change. Bloomberg said in a May report that spot trading will probably account for almost one-half of all LNG transactions by 2020, up from 29 percent last year and poised to overtake iron ore as the most valuable commodity after oil.

The International Energy Agency (IEA) said in its 2015 Medium-Term Gas Market Report earlier this month that a total of 164 billion cubic meters (bcm) of additional LNG export capacity will be operational globally by 2020, adding 40 percent to current levels. Australia will add 44 percent of that new supply. When plants under construction in Australia are added to current capacity, the country's total output of 85.8 million tons will bypass that of current top exporter Qatar (77.7 million tons).

The United States will be second to Australia in terms of new LNG exports, contributing 35 percent of new capacity and ranking third globally as an exporter after Australia and Qatar. With a market soon to be awash in LNG supply, analysts are giving varying forecasts of how this will play out and how it will impact the spot market.

Andy Flower, former director of LNG at BP and now an independent London-based consultant, told Downstream Today that all of this extra supply may actually suppress the spot market.

"The big surge in supply from Australia, including projects from Queensland coming online in the next twelve months, will add an extra 25 million tons of LNG capacity," said Flower. "Most of this is on long-term contract, but demand in Asia is currently weak. South Korean demand is down, so is Japanese demand. So, all of this capacity will push out the spot LNG market from Asia to Europe and weaken it. A lot of spot LNG in Asia would go into Europe."

Trevor Sikorski, head of natural gas, coal and carbon at London-based consultancy Energy Aspects, has a different take. All of the extra supply will free up a bunch of gas while more gas – mostly from Australia – hits the market under long-term contract, he told DownstreamToday.

"A lot of Qatari gas will be put into the spot market," explained Sikorski. "It will create a lot of convergence and also make for growth in the global LNG spot market. It will also tie the spot markets together. European, Henry Hub, and Asian hubs will be tied in and there will be a lot more convergence of price than now."

Others claim that, as more LNG enters the market, it will transform a sector that has been dominated by long-term contracts into one where spot trading gains prominence –similar to crude oil – and that these buyers will essentially become traders. As buyers become traders, proponents of this stance argue, the size and scope of the spot market will therefore increase accordingly.

Another reason to shift away from long-term LNG contracts in the Asia-Pacific region stems from the reality that business in Asia as a whole is moving from what used to be long-term contracts to more of a spot market, according to Singapore Exchange Ltd. (SGX) President Muthukrishnan Ramaswami. "Now, LNG is going through that transition because there's more seaborne trade," he said. "There are more storage facilities coming up in Singapore and the rest of Asia, so there is a market that is developing in gas."

When asked what impact extra supply will have on LNG prices in Asia, Flower said it was a difficult question to answer but that prices would still likely be oil-indexed as Australian supply comes online. He added, however, that buyers have review clauses in their contracts after a five- or six-year period that could influence prices.

"Oil-indexed pricing will stay; however, spot deals are being negotiated cargo by cargo," Flower said. "Some projects in the U.S. will be Henry Hub-indexed so we will end up with a mish-mash of LNG pricing, perhaps 25 percent Henry Hub, 25 percent Asian spot index, and 50 percent oil-indexed. But, I still think oil-indexed prices will continue for a time." Sikorski said that when increased volumes of U.S. gas enter the market, Henry Hub will likely be the LNG price index.

Utah: Home of the Next Oil Sands Breakthrough?
by Matthew V. Veazey

South Korean Refiners to Profit from Cheaper Crude Oil, But…
by Tim Daiss