by Gal Luft
|
Institute for the Analysis of Global Security
|
Wednesday, October 08, 2014
Tweet 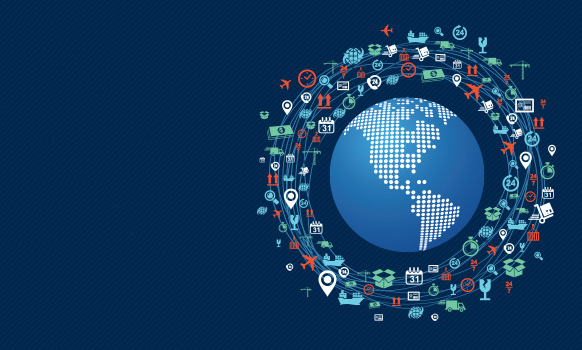 Exporting natural gas in the form of methanol offers several advantages over the LNG pathway, argues an energy security expert.

This opinion piece presents the opinions of the author.
It does not necessarily reflect the views of DownstreamToday.

America is inundated with cheap natural gas which begs for access to foreign markets be it Europe, eager to reduce its dependence on Russia, or Asia. But exporting gas in the form of liquefied natural gas (LNG) is a monumental challenge involving multiple regulatory approvals, billions of dollars of investment in infrastructure, securing dedicated LNG tankers and signing long term contracts with buyers who are often reluctant to make such commitments. There is a way to export natural gas that does not require all of the above yet one that can provide North American gas producers a relatively quick outlet to foreign markets: exporting the gas in the form of methanol rather than LNG.

Also known as wood alcohol, methanol can be easily made from natural gas in a simple and mature industrial process. Once the gas is turned into the liquid methanol it can power cars and electricity turbines which can be retrofitted to run on it fairly easily and at a low cost. Exporting natural gas in the form of methanol has several advantages over the LNG pathway.

First, LNG requires both the exporter and the importer to build dedicated multi-billion dollar liquefaction and regasification terminals which take years to construct and are difficult to permit and finance. Methanol plants are smaller, modular and relatively cheap to build. A typical methanol plant producing one million tons a year would cost roughly a billion dollars, one tenth the cost of a typical LNG liquefaction terminal.  Furthermore, methanol plants do not need to be built on the coastline but can be built inland, closer to the gas fields. An LNG terminal cannot be built in North Dakota, for example. A methanol plant can.

Second, LNG can only be shipped in dedicated tankers which preserve the gas at low temperature to keep it in liquid form during the voyage.  Such tankers are expected to be in shortage by the end of the decade and therefore increasingly expensive to charter.  Furthermore, due to their draft they often require expensive port dredging. Methanol on the other hand is a liquid stable at room temperature; it is not easily flammable and can be safely transported like other liquid chemicals. It can therefore be shipped in pipelines, rail, and trucks as well as in smaller, cheaper and easier to obtain chemical tankers. And unlike in the energy intensive shipment of LNG, methanol shipping involves no energy losses.

Third, because methanol trade is not dependent on dedicated infrastructure, methanol can be exported to any destination just like crude oil. Any chemical dock can accept the fuel. This means that the market for methanol is much more fungible than the LNG market: producers and consumers do not need to tie each other in long-term contracts and the commodity can be traded in spot prices.

Fourth, methanol provides natural gas an entry point to markets where it is currently underutilized. For example: despite its price and environmental advantages over petroleum fuels, natural gas powers today less than one percent of the world’s vehicles. This is mainly due to lack of vehicle platforms and refueling infrastructure. The use of natural gas-derived methanol as far easier.

Pilots carried out in recent years in China and Israel as well as a program carried out in California in the 1990s prove that methanol is a viable clean burning transportation fuel which is superior to gasoline and diesel on many fronts. Low methanol blends (up to 15 percent) can be used in existing vehicles, and cars with flexible fuel engines can run on blends as high as 85 percent methanol.  In China, several provinces have already approved the use of methanol and the economics of methanol are so attractive there that illegal blending is rampant.

Another market is power generation. On many levels methanol is superior to natural gas and distillate as fuel for heavy duty gas turbines. Methanol can achieve an improved heat rate, higher power output due to the higher mass flow, and lower oxides of nitrogen (NOx) emissions due to the lower flame temperature. Since methanol contains no sulfur, there are no oxides of sulfur (SOx) emissions. Many countries can benefit from methanol as turbine fuel among them islands in the Philippines, Cyprus and Greece or in Hawaii, where there is neither domestic supply of gas nor the infrastructure to accept LNG and therefore electricity is still generated from petroleum based fuels like diesel and mazut as well as Black Sea countries like Ukraine, Bulgaria and Romania which cannot import LNG because Turkey does not allow LNG tankers to pass through the Bosporus. There are no restrictions on methanol shipments through the Straits. By retrofitting their turbines to run on methanol the above markets can replace the use of costly oil or Russian gas in power generation with American made methanol.

LNG developers often tout the economic benefits of their projects to local economies. But if the same amount of gas were to be exported in the form of methanol instead of LNG, there would be even more job creation and investment opportunities as methanol projects can be initiated in many more communities throughout America.  By any yardstick, methanol is the most attractive carrier for natural gas. If manufacturers of vehicle and power turbine certified their products to run on it, in addition to the other incumbent fuels, there would instantly be a new market for methanol and North America’s gas would soon after flow to international markets providing formidable competition to Russia’s gas, Middle Eastern oil and Asia’s coal.

Gal Luft is co-director of the Institute for the Analysis of Global Security and senior adviser to the United States Energy Security Council.