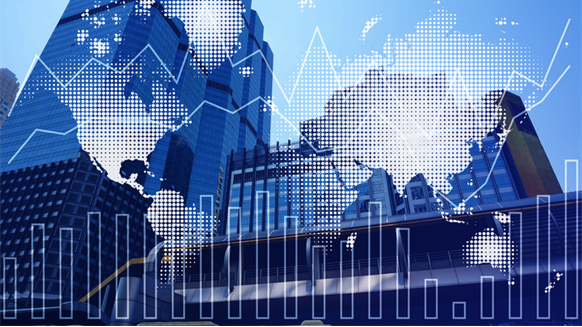 LONDON, April 13 (Reuters) - Global demand for oil is finally close to outstripping supply after nearly three years of surplus production, despite growth in the overhang of unused crude, the International Energy Agency said on Thursday.

The agency said oil stocks across the Organisation for Economic Cooperation and Development (OECD) fell by 17.2 million barrels in March. Over the first three months of the year, stocks were up by 38.5 million barrels, or 425,000 barrels per day (bpd), after a large increase in January.

Overall, OECD stocks fell by 8.1 million barrels in February to 3.055 billion barrels as demand outpaced supply to the tune of around 200,000 bpd between January and March, the Paris-based agency said.

But stocks are still 330 million barrels above the five-year average, a key indicator.

"There are several possible explanations for the discrepancy, e.g., demand is overstated or supply understated in our estimates. Another potential explanation lies with 'less visible' stocks, including stocks held at sea (either in transit or for speculative reasons) and on land in countries outside the OECD," the IEA said.

"Indeed, a look at data from various sources shows stocks drawing in some non-OECD countries over (the first quarter of 2017). Non-OECD stocks are thought to be roughly equal in size to OECD volumes, but there is far less data available about them."

Analysts at Bernstein Energy said the coming quarter was a "make or break" one for OPEC as the producer group fights to cut global inventories back to their five-year average.

Demand for crude oil tends to decline in the first quarter of the year, when refineries close for maintenance.

Also, the 60- to 70-day lag between exports leaving the Arabian Gulf and arriving in major markets means the extent of OPEC supply cuts has yet to bite. And while the group has reduced supply, it has increased exports, Bernstein said.

"In other words, the full extent of the production cuts has not hit yet," Bernstein said.

Most of the decline in non-OECD stocks likely came from Iran, where inventories of ultra-light condensate had been held at sea since the imposition of Western sanctions in 2012.

"The net result is that global stocks might have marginally increased in the first quarter, versus an implied draw of about 0.2 million barrels per day," the IEA said.