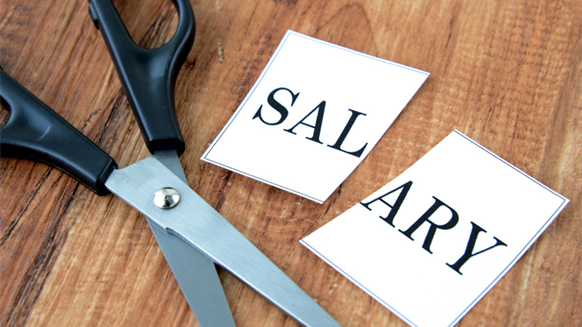 The oil company has reduced Dudley's payout and introduced changes from this year that will lower executives' performance incentives. The cuts come after around 60 percent of shareholders opposed BP's pay policy at last year's annual general meeting.

Executive pay has come under growing scrutiny in Britain after a string of corporate scandals, such as the collapse of store chain BHS, which has fuelled mistrust of the high levels of pay awarded to company bosses.

"We applaud the BP remuneration committee for being proactive in responding to the shareholder revolt last year and see this as a milestone in the engagement between companies and shareholders," said Ashley Hamilton Claxton, corporate governance manager at Royal London Asset Management.

BP's pay policy changes, which will apply for the coming three years if approved by shareholders at the annual general meeting in London on May 17, include lowering Dudley's maximum long-term payout to five times salary from seven times and cutting bonus payments by a quarter.

"I have consulted widely with shareholders and listened to and sought to act on their concerns, and have been sensitive to developments in the society in which we work," Ann Dowling, chair of BP's remuneration committee, said in the company's annual report published on Thursday.

Dudley's 2016 pay cut was a result of "downward discretion" to the four components of his total pay, the company said.

Even after a cut of nearly $8 million, Dudley's pay remains well above that of rival European oil companies.

Other large British companies, such as Reckitt Benckiser and GlaxoSmithKline, have also cut executives' pay after shareholders had voiced concerns about their remuneration plans.

Scott Southerland  |  April 07, 2017
Thats how you know the industry is in trouble is when an executive has to give up half their compensation. I guess hell have to make due on the 15k shares of Bp stock award every quarter.
RELATED COMPANIES
Company: BP plc more info