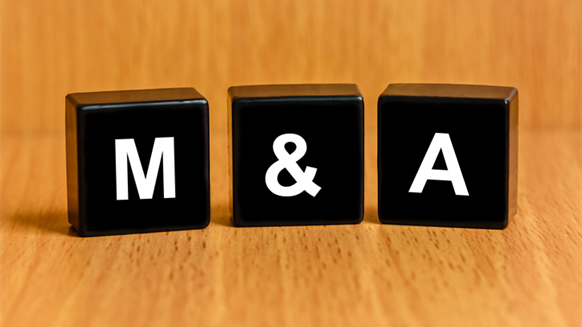 Sluggish upstream oil and gas activity in recent years has suppressed large chemical companies' interest in buying smaller U.S. suppliers of oilfield chemicals, but that may be changing, according to an executive with the middle-market investment bank Grace Matthews.

"In our view, the United States remains the most attractive market for investing in oilfield chemicals," said Kevin Yttre, managing director of the Milwaukee-based investment bank, which specializes in transaction services throughout the chemical and materials value chain.

Aside from a commonly held view that the oil and gas industry is returning to a growth mode, factors such as U.S. leadership in drilling and hydraulic fracturing technology, rig mobilization capability and chemicals research and development should spur more oilfield chemicals M&A deals, added Yttre. 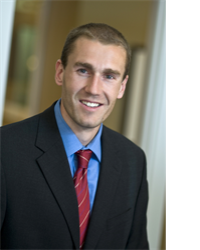 "The U.S. clearly offers the best balance between risk and reward for investing in oilfield chemicals," he said.

During a recent conversation with Rigzone, Yttre pointed out which types of oilfield chemical firms will likely be the most attractive M&A targets and why he thinks major chemical companies won't hesitate to pay full price for them. Read on for his insights.

Rigzone: What changes are you seeing in the oilfield chemicals market, and what's driving these changes?

Yttre: It seems to be a good time to invest in oilfield chemicals – in our view, the markets bottomed in 2016 and there is accumulating evidence that an uptrend is underway. Demand is picking up and suppliers are bullish about the current outlook. There are a number of reasons for this, but three factors we think are especially significant are a reversal in the downtrend in oil prices, continuing improvements in technology and a restocking of inventories that indicates suppliers are expecting better growth for the rest of 2017 and beyond.

First, last November, the OPEC countries agreed to reintroduce production quotas, sending crude prices higher than $50 per barrel for the first time since January 2015. Some wells that weren't profitable below that price have been brought back online, creating a pickup in demand for oilfield chemicals. The second factor is that extraction technology keeps improving, which continually lowers the break-even point for many well operators, bringing even more wells back online and supporting demand. Finally, there is a growing perception that the worst of the downturn is behind us, and rig counts are rising. Chemical suppliers have seen a drawdown on inventories, so they are increasing production to restock the supply chain.

Rigzone: Who's benefiting from these trends, and how?

Yttre: These trends should benefit all participants in the oilfield industry, but some more so than others. Certain chemical suppliers that invested in distribution and infrastructure before the slowdown are in attractive positions, both from an operational as well as an M&A perspective. Such companies are seeing a pickup in orders and a steady rise in their backlogs. Because some of their weaker competitors are no longer around, they are going to be in the enviable position of increasing their market share in a rising market.

Also, public chemical companies really like to acquire companies with growing earnings. They are willing to pay up for certainty about a target's growth profile, and are not afraid to pay full valuations in rising markets.

Rigzone: Who's negatively impacted, and how?

Yttre: Undercapitalized suppliers of oilfield chemicals are under pressure, because the market hasn't firmed up enough for them to repair their balance sheets and take advantage of emerging opportunities. The good news is that oilfield chemicals in many respects remains very much a custom blending business. So as long as these companies have a portfolio of unique formations and a solid customer list, they are attractive acquisition targets for better capitalized firms that will value them strategically rather than just off their numbers.

Rigzone: What does all of this mean for M&A, and what are some effects that we could see or are already seeing?

Yttre: Valuations for oilfield chemical companies were high during the period when crude oil was over $100 a barrel, roughly between 2011 and mid-2014. Potential sellers had high expectations regarding value, and even when oil prices began to fall, they could still point to past financial performance to justify high values. On the other hand, potential buyers understood that past financial performance was not sustainable during a protracted period of low oil prices, so there was a large gap in valuations that many could not bridge.

2016 was the reset. Oil prices and industry activity bottomed out and many sellers realized they had missed the opportunity to sell when valuations peaked in 2013-2014. Now, as oil prices trend up, we are starting to see some of these potential sellers come back into the market. If the current uptick in activity continues, it could signal a new window of solid performance that many potential sellers will not want to miss. If OPEC continues to show discipline about production levels – though it's not clear that it will – oil prices could go higher, and that would support a higher level of M&A activity in the oilfield chemicals market as well.