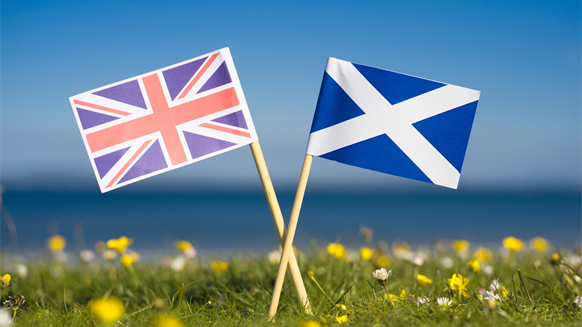 Two-and-a-half years after the 2014 referendum, the prospect of Scottish independence is again on the UK agenda, following Brexit developments.

In August 2014, Wood Mackenzie analyzed the implications of Scottish independence and revealed that the UKCS was plagued with production under-performance, faltering exploration and a very high cost environment.

This picture is said to have improved since 2014, but there are still a number of issues on the UKCS, according to Woodmac.

Since the 2014 referendum, commercial reserves have decreased by about 30 percent; chiefly due to 1.6 billion barrels of oil equivalent (boe) of reserves produced being replaced with just 0.1 billion boe of commercial discoveries. In addition, 1.3 billion boe has been removed through downgrades on developed and undeveloped fields, mainly as a result of the lower oil price.

Woodmac says the fiscal landscape has also changed. Currently government tax receipts are negative, as companies receive more in decommissioning rebates than they pay in tax.

As of Jan. 1, the UKCS holds 6 billion boe in recoverable reserves, of which 5.3 billion boe – 88 percent - lie in Scottish waters, Woodmac said.

Based on this reserves calculation, Woodmac estimates a pre-tax standalone NPV (net present value) of $54 billion (GBP 44 billion) for the fields in Scottish waters.