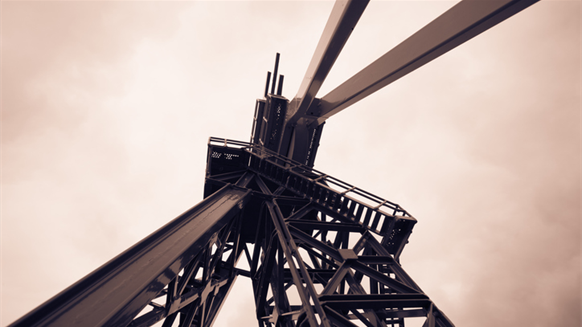 (Bloomberg) -- Big Oil is muscling in on shale country.

Exxon Mobil Corp., Royal Dutch Shell Plc and Chevron Corp., are jumping into American shale with gusto, planning to spend a combined $10 billion this year, up from next to nothing only a few years ago.

The giants are gaining a foothold in West Texas with such projects as Bongo 76-43, a well which is being drilled 10,000 feet beneath the table-flat, sage-scented desert, and which then extends horizontally for a mile, blasting through rock to capture light crude from the sprawling Permian Basin.

While the first chapter of the U.S. shale revolution belonged to wildcatters such as Harold Hamm and the late Aubrey McClendon, who parlayed borrowed money into billions, Bongo 76-43 is financed by Shell.

If the big boys are successful, they’ll scramble the U.S. energy business, boost American oil production, keep prices low, and steal influence from big producers, such as Saudi Arabia. And even with their enviable balance sheets, the majors have been as relentless in transforming shale drilling into a more economical operation as the pioneering wildcatters before them.

Bongo 76-43, named after an African antelope, is an example of a leaner, faster industry nicknamed “Shale 2.0” after the 2014 oil-price crash. Traditionally, oil companies drilled one well per pad—the flat area they clear to put in the rig. At Bongo 76-43, Shell is drilling five wells in a single pad for the first time, each about 20 feet apart. That saves money otherwise spent moving rigs from site to site. Shell said it’s now able to drill 16 wells with a single rig every year, up from six in 2013.

With multiple wells on the same pad, a single fracking crew can work several weeks consecutively without having to travel from one pad to other. At Bongo 76-43, Shell is using three times more sand and fluids to break up the shale, a process called fracking, than it did four years ago. The company said it spends about $5.5 million per well today in the Permian, down nearly 60 percent from 2013.

“We’re literally down to measuring efficiency in minutes, rather than hours or days,” said Bryan Boyles, Bongo 76-43’s manager.

Independent companies are watching the big three’s arrival with ambivalence. Exxon, Shell, and Chevron will be able to spend more than independents can for service contracts and prime drilling acreage. But if the majors pursue acquisition deals, as they’ve done before, the wildcatters stand to reap the benefits.

Exxon invested big in shale in 2010 when it bought XTO Energy Inc. in a deal valued at $41 billion. For years, however, the major companies spent little on shale, instead focusing on their traditional turf: multibillion-dollar engineering marvels in the middle of nowhere that took years to build. The wells that Big Oil drilled were mostly in deep water, where a single hole could cost $100 million, rather than shale wells that can be set up for as little as $5 million each.

All that changed after oil prices crashed in 2014. Big companies were forced to cut costs and focus on projects that delivered cash quickly and could easily be sped up or slowed down. Shale was the solution.

The big three have all hatched ambitious catch-up strategies. Shell plans to spend about $2.5 billion a year, or about one-tenth of its total spending—a bet that’s bigger than those of some pure-play shale companies such as Hamm’s Continental Resources Inc.