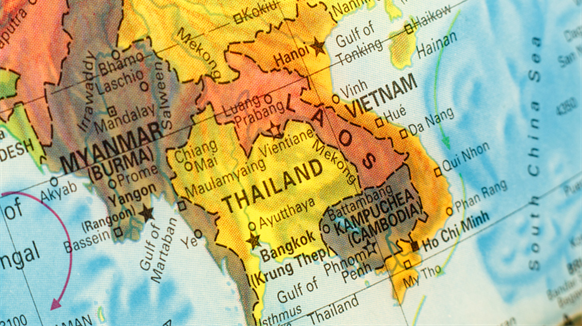 PTT on Monday closed up 1.5 percent at 402 baht in Bangkok, the highest in almost a month, while PTT E&P ended the day unchanged. The country’s benchmark SET Index gained 0.2 percent.

Somporn said geography doesn’t play as much of a limiting role for LNG projects. He would prefer a project where the export facilities and production fields are combined, as opposed to projects such as those on the U.S. Gulf Coast, where firms buy already produced gas and then pay to have it liquefied for export.

PTT E&P owns an 8.5 percent stake in Anadarko Petroleum Corp.’s proposed Mozambique LNG project. Somporn said the companies are finalizing legal requirements with the government, firming up gas contracts with buyers and beginning to discuss financing for the project. He said he hopes to make a final investment decision on the project by the end of this year.

The company also has exploration acreage 700 kilometers (435 miles) offshore Australia that could contain 4 trillion cubic feet of natural gas. The company has shifted its focus from developing a floating production platform for the project to working with existing onshore liquefaction plants, Somporn said.

“Thailand would be hungry for LNG,” he said. “Our Gulf of Thailand gas fields are getting mature, while demand is rising and rising.”