Statoil CEO Warns of Globalization 'In Reverse' After DC Visit 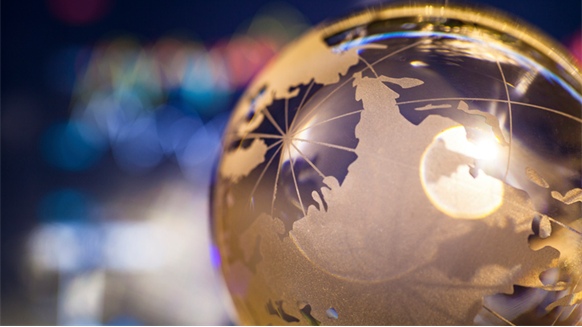 After the surprise election of Donald Trump, the head of Norway's biggest oil company headed to Washington DC this month looking for reassurance. He came away as worried as ever.

(Bloomberg) -- After the surprise election of Donald Trump, the head of Norway’s biggest oil company headed to Washington D.C. this month looking for reassurance. He came away as worried as ever.

“I was looking for clarity, also some guidance, good advice, and also some people to talk to -- new relationships within the administration,”  Statoil ASA Chief Executive Officer Eldar Saetre told a conference in Oslo on Thursday. “I have to be honest with you -- I didn’t get much of any of it.”

Saetre, whose company has stakes in three U.S. onshore areas and in the Gulf of Mexico, was concerned about the protectionist bent of the new president’s rhetoric. Combined with last year’s Brexit vote and looming elections in Europe where nationalists are gaining influence, he sees Trump’s victory as a threat to global free trade.

“From Brexit to Trump, we see warning signs that globalization could be going in reverse,” Saetre said at the annual Swedbank Energy Summit. “For our industry, I believe that would be very negative.”

Trump’s energy policies could benefit oil producers in the U.S. by loosening regulations and freeing up more areas for drilling. However, his protectionist agenda could affect economic growth and trading relations with countries from neighboring Mexico to Asia.

“Global collaboration and integrated markets have been and will remain key to make our industry prosper,” Saetre said. “Fair, open access to markets are keys to enable investments, value creation and jobs in our industry.”

Cross-border cooperation is also essential to solve climate change, making it “more important than ever,” Saetre said. Trump signaled during his campaign he could pull the U.S. out of the Paris agreement to limit global warming, which he has called a hoax perpetrated by the Chinese.

Statoil, which is 67 percent owned by the Norwegian government, is one of the world’s biggest oil and gas companies with production of almost 2 million barrels of oil equivalent in 2016. It gets more than a third of its output from overseas.

Saetre made the trip to Washington on his way to the CERAWeek energy conference in Houston this month, which drew energy industry bosses from Moscow to Riyadh.

He has asked his staff to set up a new trip to the U.S. in the hope of a better outcome.

Kenneth Delaney  |  March 17, 2017
I think Mr. Trump is right on target. There is no global free trade or lunch and never has been. It is all a controlled market by just turning on the spigot or turning if off as was seen very clearly recently. It is controlled by the few for the many. Anybody who thinks otherwise is obviously a part of the fake news, but may not even know it. They are a victim of disinformation starting with David Rockefeller and continuing to this very day. The whole world follows this model.
Florin  |  March 17, 2017
When one realizes that this is a world of big powers led by absolutists or totalizers and not enough room is available among them for others, then those ones (in spite of their similar main activities of making cash), they start playing a greener card. Since when is Norway part of a global collaboration focused on green energy promotion?
RELATED COMPANIES
Company: Equinor ASA more info