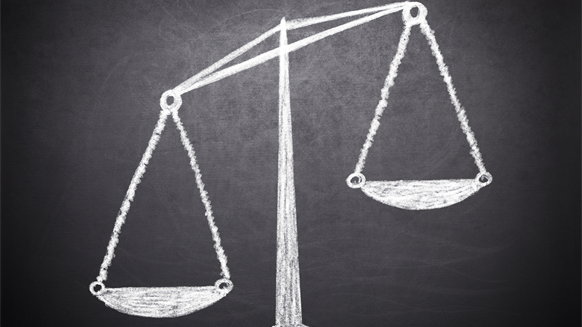 If OPEC maintains its output cuts, demand should overtake supply in the first half of this year, the International Energy Agency says.

LONDON, March 15 (Reuters) - Global oil inventories rose for the first time in January as the market grappled with a swell in production last year, but if OPEC maintains its output cuts, demand should overtake supply in the first half of this year, the International Energy Agency said on Wednesday.

The IEA's monthly report struck a more bullish note than that issued by the Organization of the Petroleum Exporting Countries on Tuesday.

OPEC also flagged rising inventory levels, but raised its estimates for production outside the group and did not see a rebalancing between supply and demand until the second half of this year.

"The actual build in OECD stocks in January reminds us that it may be some time before global stocks start to fall," the agency said.

The increase is the product of "relentless" supply growth in the latter stages of last year, particularly from OPEC countries that pumped at record levels, and from the U.S. shale oil basin, where drilling activity began picking up 10 months ago.

Compliance by OPEC with its agreed output cut of 1.2 million barrels per day in the first half of this year was 91 percent in February and, if the group maintains its supply limit to June, the market could show an implied deficit of 500,000 bpd, the IEA said.

"If current production levels were maintained to June when the output deal expires, there is an implied market deficit of 500,000 bpd for 1H17, assuming, of course, nothing changes elsewhere in supply and demand," the IEA said.

"For those looking for a re-balancing of the oil market the message is that they should be patient, and hold their nerve."

In its October report, before the November agreement between OPEC and some of its competitors including Russia, Mexico and Kazakhstan to limit output, the IEA warned the market risked running into a third successive year of excess supply without any action from the producer group.

Saudi Output Up, But No Quota-Busting

Within OPEC, Saudi Arabia has shouldered the burden of the production cuts, offsetting poorer compliance by other nations.

In February, Saudi oil production staged a monthly rise of 180,000 bpd, but at 9.98 million bpd, its output remained below its agreed target of 10.06 million bpd and, according to tanker-tracking data, Riyadh is focussing its cutbacks on North America, the IEA said.

"At 32.3 million bpd, the call on OPEC crude during the first quarter of 2017 is higher than average output of 31.9 million bpd so far this year, which could lead to a draw in global inventories," the IEA said, adding that it was not clear if the group will extend its supply agreement.

"Beyond the nervousness about this legacy supply and concerns about rising production today from some non-OPEC countries; the implementation of the OPEC production agreement appears in February to have maintained the solid start seen in January."

Chuck Drobny  |  March 16, 2017
Market equilibrium is constantly in existence. Its price that changes. Sellers who choose to transact at a lower price are constrained by their cost, cash reserves and willingness to sustain loss. Imposed restrictions on offering available volume never survive diverse or free markets. As long as theres abundant supply availability that exceeds global demand, the price will remain lower. This market price will not materially improve without a global increase in demand due to greater industrial production. At some point all cartels fail to market forces whether be tulips or crude oil.