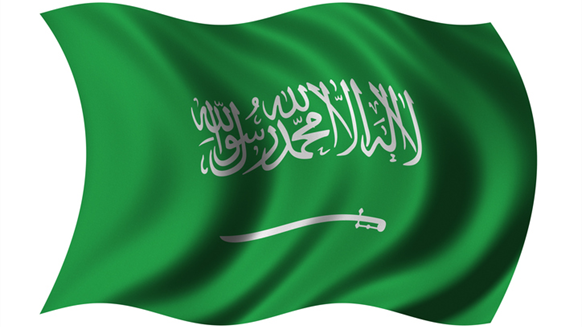 Saudi Arabia told OPEC it raised output back above 10 million barrels a day in February, reversing about a third of the cuts it made the previous month.

(Bloomberg) -- Saudi Arabia told OPEC it raised output back above 10 million barrels a day in February, reversing about a third of the cuts it made the previous month.

The kingdom boosted production by 263,300 barrels a day to 10.011 million a day, according to a report from OPEC on Tuesday. Oil prices sank on speculation the country had grown impatient with fellow producers lagging in their own cutbacks. Saudi Arabia’s Energy Ministry said that the volume of crude supplied to markets nonetheless fell by 90,000 barrels a day to 9.9 million, as the extra supplies were moved into storage.

Even after the increase, Saudi Arabia’s data show it’s cutting output more than required under the terms of OPEC’s Nov. 30 agreement. The kingdom remains determined to stabilize the global oil market, according to a statement from the ministry. Nevertheless, Energy Minister Khalid Al-Falih warned last week that the kingdom won’t indefinitely “bear the burden of free riders.” Russia, Iraq and the United Arab Emirates are yet to deliver all the curbs they promised.

“The Saudis are once again showing their stern face, as they did in the days before the OPEC meeting, and trying to get the laggards to live up to their promises,” said Helima Croft, head of commodity strategy at RBC Capital Markets LLC.

Crude in New York fell to the lowest since the OPEC supply deal was first struck, sinking as much as 2.7 percent to $47.09 a barrel after the report.

Twenty-four oil producers, led by members of the Organization of Petroleum Exporting Countries and Russia, agreed to reduce output in an effort to clear a surplus that has weighed on prices and battered their economies. Crude slipped back below $50 a barrel last week for the first time since December as surging stockpiles and production in the U.S. indicated the cuts aren’t working fast enough.

Speaking at the CERAWeek oil industry conference in Houston last week, Saudi Arabia’s Al-Falih said the country hasn’t decided yet whether OPEC should prolong the curbs once they expire in June.

At 10.011 million barrels a day, Saudi output is still below the ceiling of 10.058 million a day imposed by the agreement. The figure submitted by Riyadh jars with OPEC’s own estimates, compiled from external sources such as news agencies, which show Saudi output falling by 68,100 barrels a day to 9.797 million a day.

That data set, referred to as “secondary sources,” shows the 10 OPEC nations required to reduce output were as a whole fully implementing the agreement. Their production in February was 1.39 million barrels a day lower than the so-called reference level, a compliance rate of 111 percent. Saudi Arabia was cutting significantly more than obligated and there was better adherence from Iraq and the U.A.E., OPEC estimated.

Taking into account output increases from Iran, Nigeria and Libya -- permitted under the terms of the agreement -- OPEC’s total output remains about 200,000 barrels a day above the target set out in the Nov. 30 deal. That means the organization was only about 85 percent of the way toward the production level it deemed necessary to eliminate a global oversupply and boost prices.

A five-nation committee established to review compliance will meet in Kuwait on March 25 to 26. OPEC will gather on May 25 to decide whether to extend the accord.

The organization revised up forecasts for global oil demand growth for 2017 by 70,000 barrels a day, predicting that consumption will increase by 1.26 million barrels a day. It also raised estimates for supply growth outside OPEC, to 400,000 barrels a day, amid a stronger outlook for Canadian oil sands and the U.S.

“The re-balancing of the oil market, driven by the recent successful OPEC/non-OPEC declaration of co-operation, is likely to further enhance the global oil industry, leading to even more global economic growth and hence higher oil demand growth in 2017,” OPEC said.

Hasim Sutanto  |  March 15, 2017
Hahaha, Saudi now stands on head to head with the US Shale producers. Let see who will be the winner and losers in the next 6 months.
RELATED COMPANIES
Company: OPEC more info