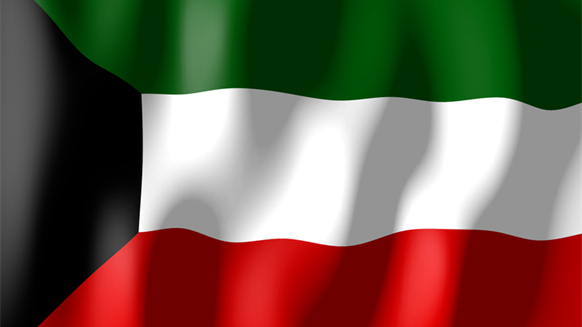 (Bloomberg) -- Kuwait wants OPEC to extend output cuts beyond June, becoming the producer group’s first member to call for more time to balance the global oil market as the rally that boosted prices initially on the curbs has faded.

U.S. inventories have climbed more than expected, causing prices to decline even as global producers cut their output, Kuwait’s Oil Minister Issam Almarzooq said, according to official news agency Kuna. Kuwait supports rolling over the oil cuts, though it’s too early for the Organization of Petroleum Exporting Countries to agree on an extension, he said.

“Kuwait supports the extension of the agreement after June,” Almarzooq said. An extension will ‘‘accelerate the rebalancing of the global oil market and will contribute to the return of prices to levels acceptable for producing countries and for the petroleum industry in general.”

OPEC and 11 other major producers agreed last year to slash production, spurring a 20 percent increase in Brent oil prices during the last five weeks of 2016. The rally stalled this year as U.S. output and supplies continued to grow. Brent crude, a global benchmark, has declined 9.6 percent this year.

Global inventories stand at 280 million barrels, built up over two years, and reducing them “within one or two months isn’t easy,” Almarzooq said. “But I am certain and fully confident that the commitment of all the countries with this agreement will bear fruit in the next few months.”

Iraq and Angola, two other OPEC members, have signaled a willingness to back cuts beyond the first half of this year. Saudi Oil Minister Khalid Al-Falih’s position on extending the cuts has shifted. Six weeks ago he said an extension was unnecessary; last week, he opened the door to the possibility of a rollover. Russia’s Energy Minister Alexander Novak said he and other ministers discussed the possibility of an extension in their meetings last week.

Compliance among OPEC nations rose to 95 percent in February from 91 percent in January, Kuwait’s Almarzooq said. According to Kuna, Almarzooq sent letters to nations that weren’t in full compliance with their promised cuts in January, resulting in the improved rate for February. Kuwait is chairing the committee that’s monitoring compliance.