US Oil Industry Becomes Refiner to World as Exports Boom 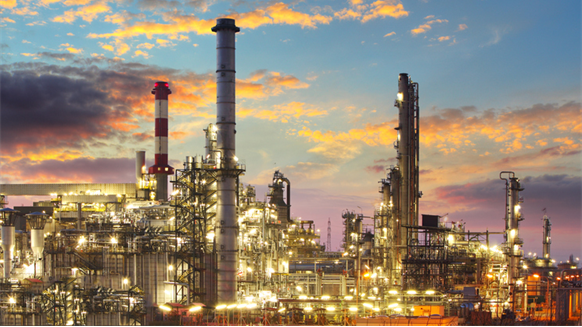 The US refining industry has shifted its game over the last five years, taking advantage of gaps left by struggling refiners in Latin America, Africa and Asia.

(Bloomberg) -- When PBF Energy Inc. scooped up a refinery from Exxon Mobil Corp. on the Mississippi River in 2015, it wasted no time sprucing up the plant with an eye toward quickly resuming lucrative fuel exports.

Within three months, PBF was ready to load its first tanker for shipment abroad. By late last year, the New Jersey-based company was exporting 22,000 barrels a day of fuel, or 16 percent of that refinery’s output. Now, it wants to boost that to almost 25 percent.

PBF isn’t alone in this push. From major producers such as  Chevron Corp. to specialized refiners including  Valero Energy Corp., the U.S. refining industry has shifted its game over the last five years, taking advantage of gaps left by struggling refiners in Latin America, Africa and Asia. Along the way, it’s transforming what had long been a largely domestic business into a new global venture.

"U.S. refiners are now the refiners for the world," said Ivan Sandrea, head of Sierra Oil & Gas, which is planning to build infrastructure to import U.S. fuels into Mexico.

On top of the export boom, U.S. refiners are enjoying fresh supplies of relatively cheap and high quality crude from the Permian, the Bakken and other shale basins. The combination is spurring oil companies to invest in new capacity, particularly along the Gulf of Mexico coast. Oil refiners are set to discuss their investment plans this week at the annual CERAWeek, an industry conference where every year thousands of executives, bankers and officials gather in Houston.

The export boom, together with surging domestic shale oil output, has redrawn the global energy map. The U.S. a decade ago reported annual net imports of crude and refined products of 12.4 million barrels a day. Last year, it received a net 4.8 million barrels a day, the lowest since 1985. In late 2016, the U.S. exported more crude and refined products to Latin America than it imported from the region -- a first.

The industry is embracing the new overseas fuel markets.

Take Exxon. When it updated investors on its strategy last week, it showed a chart of its integrated business. Over a map of Texas, photographs of oil pump-jacks, pipelines, refiners and, ultimately, tankers with arrows pointing toward Europe, South America and Asia displayed the importance of the export market.

If Mexico’s own refining plants make some recoveries, the U.S. business there could end as quickly as it started.

"You’ve got to be careful about what you describe as demand," said Thomas Olney, an analyst at Facts Global Energy, a consultancy. "In effect it’s just that domestic production has been struggling," he said.

The same holds true for countries from Brazil to Nigeria, where U.S. refiners are taking advantage of a lack of enough local refining capacity to meet domestic fuel needs. Ixchel Castro, a Latin American oil-market expert at consultant Wood Mackenzie Ltd., said U.S. gasoline exports to Mexico could drop by 15 percent in 2017 if Pemex re-start its refineries.