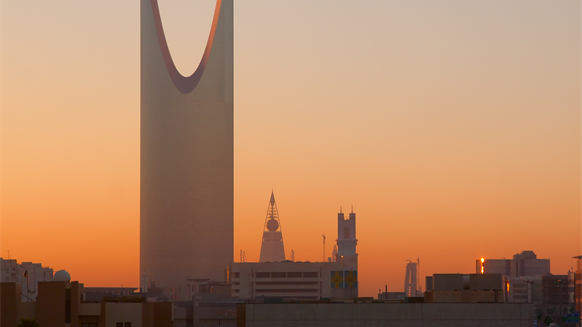 Top global oil exporter Saudi Arabia broke from the pack in the race to lock up Asian market share after agreeing on Tuesday to pump $7 billion into a refinery-petrochemical complex in Malaysia.

SINGAPORE/KHOBAR, Saudi Arabia, Feb 28 (Reuters) - Top global oil exporter Saudi Arabia broke from the pack in the race to lock up Asian market share after agreeing on Tuesday to pump $7 billion into a refinery-petrochemical complex in Malaysia, analysts said.

State oil giant Saudi Aramco's investment into Malaysia's RAPID project will secure an outlet for its crude oil for at least two decades and beefs up its downstream portfolio ahead of its initial public offering (IPO) next year.

The competition in Asia among producers, including Russia and other Middle Eastern suppliers such as Iraq, Kuwait and Iran, is sharp. Asia's growing oil demand provides the only home for the producers' output, especially as they have lost market share in the United States to rising domestic shale oil production.

Buying a share of a large oil refinery with a promise to provide crude is a time-tested producer tactic for locking up customers. Russia, the world's largest oil producer, has bought a major stake in India's Essar refinery and plans to build one in Indonesia with state-owned Pertamina.

"The investment is wise as it ensures Saudi can increase its market share in Asia, at a time when rising U.S. shale oil is displacing Saudi oil from the U.S. market," Gordon Kwan, Nomura's head of Asia oil and gas research said.

"Being a shareholder of a refinery will give Aramco the upper hand when competing with other OPEC countries such as Iran and Iraq, all targeting more oil sales into Asia."

Under the deal with Malaysia's Petroliam Nasional Bhd (Petronas), Aramco will supply up to 70 percent of the crude for RAPID, which will consist of a 300,000 barrel per day (bpd) oil refinery and petrochemical plants.

Aramco has also strengthened its ties with Indonesia, Southeast Asia's largest economy, providing 270,000 bpd of crude to the Cilacap refinery owned by Pertamina after taking a 45 percent stake.

The deal "will provide Aramco and the Kingdom a sustainable demand for the Saudi crude and will allow the companies to add value to that crude by making high quality products, fuels or petrochemicals for the Malaysian and neighbouring markets," Saudi Energy Minister Khalid al-Falih told Saudi state television.

Saudi Arabia exported an average of 6.96 million bpd in 2016 to the top six oil buyers in Asia, including China, India, Japan, South Korea, Taiwan and Singapore, out of total imports of 31 million bpd, according to Thomson Reuters Eikon data.

The Malaysian deal should bolster Aramco's IPO, which Saudi officials have predicted will value the company at a minimum of $2 trillion through the sale of 5 percent stake.

"It's a sound deal and looks good for the IPO. Saudi Aramco is paying 25 percent of the project's costs and securing the right to supply 50 percent of its feedstock," industry veteran John Driscoll, director of Singapore-based consultancy JTD Energy said.