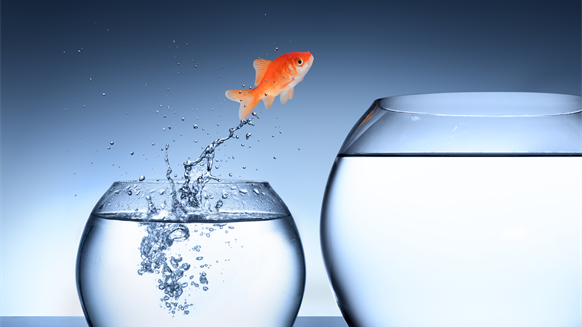 China's natural gas production will surge by about a quarter to 170 billion cubic metres (bcm) in 2017 from 136.8 bcm in 2016, estimates from the National Energy Administration show.

BEIJING, Feb 17 (Reuters) - China's natural gas production will surge by about a quarter to 170 billion cubic metres (bcm) in 2017 from 136.8 bcm in 2016, estimates from the National Energy Administration showed on Friday.

The forecast comes as China's pushes on with a drive to use cleaner fuel as pollution worsens in the north of the country, and as China's crude oil production continue to slide.

In line with the shift to cleaner fuel, China will add 3.5 bcm of new shale gas production capacity this year, the NEA said in its annual outlook for the energy sector. China will also start operation of three new natural gas storage facilities this year with a total capacity of 300 million cubic metres.

Crude oil output is likely to be steady at 200 million tonnes, just above a six-year low of 199.7 million in 2016, data from the NEA showed.

Despite the drive for cleaner fuel, China is still likely to produce 3.65 billion tonnes of coal this year, the agency said - up slightly from 3.64 billion in 2016.

The NEA also repeated its pledge to reduce a coal supply glut. More than 500 coal mines with a total of 50 million tonnes of capacity will be closed this year, the NEA projected.