Rig Trends: 2017 Offshore Rig Market Not in for Much Improvement 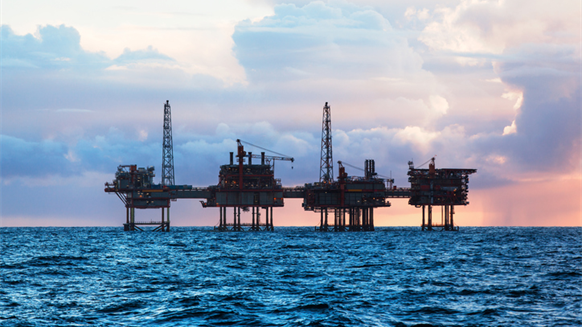 In 2017, the offshore rig market is not expected to recover to the levels some had forecasted.

In 2017, the offshore rig market is not expected to recover to the levels some had forecasted and many were hoping for. Although the Nov. 30, 2016 OPEC production cut agreement was a positive step, it is still too early in the process for a rig demand increase to materialize. As for price forecasts, in its February 2017 Short-Term Energy Outlook, the Energy Information Administration (EIA) predicted Brent to average $55 in 2017 and $57 in 2018.

Offshore drilling spending fell around 30 to 35 percent in 2016 and is also forecast to decline in 2017, albeit not as much. As the offshore rig market continues its worst slump, maybe ever, operators and rig owners have continued to cut spending. In addition to administrative staff reductions, rig crews have also been let go to the point where some rig owners are now finding it difficult to crew-up those idle rigs that have been fortunate enough to return to work.

Since September 2014, when the current downturn began, global competitive rig utilization has fallen by 31 percent and new day rate fixtures have followed along, falling by as much as 50 percent. Early contract terminations have become more common than anyone would like, with 120 jackup, drillship and semisubmersible (semi) terminations totaling over $19.6 billion of contract value - taking place during the same period.

The industry remains in an overbuilding situation and will continue in that mode during for the foreseeable future. Rig owners continue to defer deliveries, with some already this year being moved into 2018 or 2019. As of January 2017, there were 150 jackups, semis and drillships on order or under construction, which includes the removal of 15 floating rigs previously on order for Petróleo Brasileiro S.A. (Petrobras). However, even with the removal of those units, projected global rig demand in 2017 will not come close to absorbing the 22 floating and 73 jackups rigs still scheduled for delivery in 2017. Currently, only five of the 95 rigs with delivery this year have contracts in place and another five are scheduled for Petrobras, of which only two might actually get delivered. Other than the five non-Petrobras units, we do not expect more than 5 to 10 other rigs to make their way into the fleet in 2017.

Rig owners in 2016 did increase attrition, but not at the level most say is needed. However, indications in early 2017 point to the number of rig removals increasing as some owners may finally take steps to rid the market of several units long overdue for scrapping. Assuming this scenario occurs, the question will be whether the pace will be maintained over an entire year, something that did not occur in 2015 or 2016. In both of those years, the attrition rate was very high the first six months of the year, only to decline by more than 50 percent in the second-half of the year. So, until rig owners establish a consistent rig retirement pattern, we are hesitant to project any more attrition in 2017 than what occurred in the previous two years.

Rig day rates are near or below operating costs for some rig types in a few regions. However, we believe rates have by and large bottomed out and do not anticipate further rate deterioration in 2017. In fact, we believe rates in some circumstances/regions will actually increase a bit. Still, there are many rigs operating at the high rates negotiated in the 2011 to 2013 period, which will likely have to be adjusted or they could face contract termination.

FloatingJack  |  May 10, 2017
Thats a neat summary of the rig market. Would concur that close to a 100+ Jackups need to move out of the market together with 50 floaters - but this is unlikely as the tendering activity for each new rig tender receiving 20+ technical bids with most qualifying. So the IOC /NOC is getting the best deal it can. With low interest rates and only the worst fleet disappearing, it can take a very long time for the market to rebalance - i.e., go back to 70-80% utilization. Oil price wont be the supportive factor in this. US Shale, Middle East balance sheets, Iran and Russia market share build will keep the strip range bound. We are talking a year more of $40-60 brent prices and there is a good chance that production actually takes off with the knowledge that the oil in ground is a depreciating asset. The smart play by OPEC +Russia would be to turn on/off supply to maintain it at the higher end of the range and not invite tighter / deepwater fields to start re-engaging
frank  |  February 10, 2017
Brent will be $70 to $80/bbl by the end of the year.