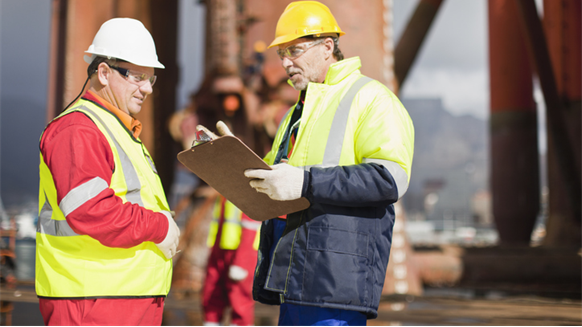 Evacuation, escape and rescue by workers on offshore platforms requires the proper training and education from oil and gas companies.

Picture this. You’re working offshore and suddenly there’s a fire on your platform. More than likely your only concern after that is getting to safety. And you’d probably like someone physically fit to make that happen.

And while physical demand requirements are critical in offshore work, there’s much more that goes into evacuation, escape and rescue (EER) procedures.

This was the topic addressed during a panel discussion at the International Association of Drilling Contractors Health, Safety, Environment and Training Conference Exhibition Feb. 7-8 in Houston.

Dr. Farrell Cahill of Memorial University of Newfoundland, St. John’s cited widespread obesity (approximately 27 percent of the population are obese) as one challenge to workers meeting the physical demands for EER.

“Being physically fit does not necessarily guarantee success of EER,” said Mehta. “Evacuation, escape and rescue are abnormal scenarios. Workers need to be able to address the psychological stress associated with the abnormal scenario.”

She said during ‘fight or flight’ – the physiological reaction to an emergency – the frontal lobe of a worker’s brain shuts down. That is the part of the brain most critical for decision-making. And muscle endurance decreases about 25 percent when a worker is under stress.

“We need training strategies so workers can quickly activate the frontal lobe during a state of duress,” she said. “Complement regular drills with drills that put workers under stress.”

“We need to train our employees to reduce stress levels during a rescue,” he said. “Not every time someone gets hurt on the rig or somewhere else is it an automatic that we have to do things in a rush. Take a deep breath, relax and everybody’s stress level goes down. And the rescue becomes a lot easier to perform.”

While falls make up a small percentage of industry-related fatalities, Kosch said there are technologies available now to protect workers who work in heights.

“Our technology has advanced to a point where it doesn’t take a lot of effort to lower and lift someone,” said Kosch. “I had a 120 pound girl [tell me] she was responsible to lower and lift down a male worker who was about 240 pounds. She said she couldn’t do it. I told her ‘yes you can.’ I put him in a harness, hooked him up to a rescue device and she used her finger, turned a wheel and lifted him. She broke out in tears.”

And though technologies have come a long way, Kosch warned it’s still imperative that crews get practice in EER.

“No matter how simple we make it, if we don’t practice [EER], it’s still difficult and it adds stress.”

Scott  |  July 10, 2017
It's interesting that you talked about training employees to reduce stress during an emergency. I have been wanting to work on an oil rig, but I wanted to know what was safe. I can see how it would be better for everyone, if employees stayed calm during rescues.