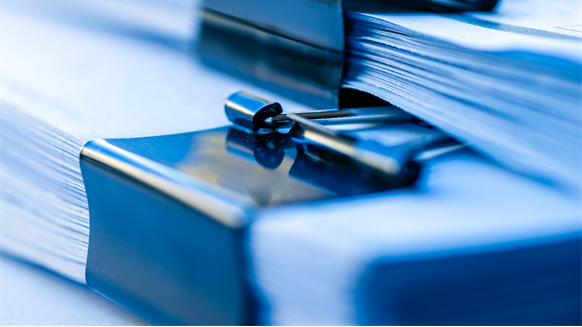 An extended 60-day public consultation on recommendations to decommission the Brent oil and gas field in the North Sea has begun.

An extended 60-day public consultation on recommendations to decommission the Brent oil and gas field in the North Sea began Wednesday, following Shell UK Limited’s submission of a decommissioning program to the Department for Business, Energy and Industrial Strategy (BEIS).

The field, located 115 miles north-east of the Shetland Islands, has produced around three billion barrels of oil equivalent since production commenced in 1976, which is almost 10 percent of UK production.

The Brent decommissioning program recommends that the upper steel jacket on the Brent Alpha platform is removed, along with the topsides of the four Brent platforms, debris lying on the seabed, and the attic oil contained within the concrete storage cells of the gravity base structures.

The program will also recommend that the three gravity base structures, Brent Alpha footings, the sediment contained within the concrete storage cells of the gravity base structures (Brent Bravo, Brent Charlie and Brent Delta), and the drill cuttings piles remain in place. This recommendation will require consultation with, and the support of, the OSPAR Commission, the body established under the OSPAR Convention to protect the marine environment of the North-East Atlantic.

A range of options are outlined in the decommissioning plan to deal with the 28 pipelines connected to the Brent field.

“Shell has undertaken thorough analysis, extensive scientific research and detailed consultation with over 180 stakeholder organisations over the past 10 years. Working within the tightly defined regulatory process, we believe that our recommendations are safe, technically achievable, environmentally sound and financially responsible. Shell encourages all those with an interest in the decommissioning of the Brent field to review, reflect on and respond to this consultation document,” he added.

Work to prepare for Brent decommissioning started in 2006. More than 300 expert studies have been completed and the results analyzed and verified by a group of independent scientists, according to Shell. The company also said that it has engaged with around 400 stakeholders, including NGOs, academics and key interest groups, including the Scottish Fishermen’s Federation.

“For more than 40 years, Brent has been a leading light in the UK’s industrial success story, contributing almost 10 per cent of the region’s oil and gas, delivering billions of pounds to the UK economy and supporting tens of thousands of highly skilled jobs,” Oil & Gas UK’s Chief Executive said in a statement sent to Rigzone.

“Today’s announcement opening the consultation for Shell’s Brent Decommissioning Plan is another milestone in this story, broadening the reach of public stakeholder engagement that has already taken place, as this iconic field moves into the next stage of its lifecycle,” Michie added.

Michie also outlined that the same ground-breaking ingenuity that was required to bring the Brent field into production will be required in the future as the industry seeks to maximize the economic recovery of the UK’s oil and gas, alongside delivering decommissioning in a safe, environmentally responsible, and cost-efficient way.