Is the Era of Oil and Gas Megaprojects Over? 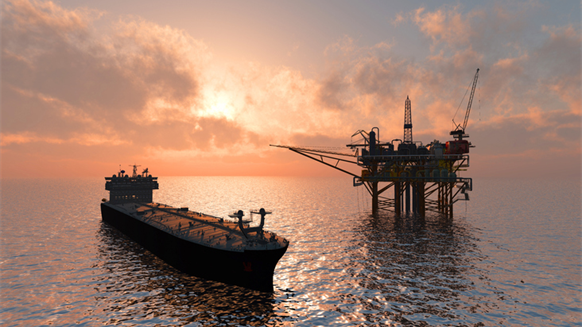 To survive the lower-for-longer price market, oil and gas companies need to rethink their strategies for major offshore projects.

Does BP’s design signal the end of the oil and gas megaproject era? For the most part, yes, industry insiders told Rigzone.

Megaprojects, particularly for deepwater, might crop up occasionally over the next five to 10 years. However, Wood Mackenzie expects to see far fewer of these projects compared to the first half this decade, Shaw said.

Offshore field development costs were already out of control prior to the 2014 oil price collapse. To keep costs under control going forward, oil and gas operators will forgo standalone production facilities altogether for some projects, opting instead to use existing production facilities or subsea tiebacks, Shaw said. Companies may also opt to stretch out project development. Rather than execute a major project in a year, they might develop a field over a four to six year period, Shaw said.

The oil price downturn will not prompt operators to revisit production facility design, but project strategies, relationships with engineering, procurement and construction (EPC) contractors, and project bidding, Shaw said. Oil and gas companies are also not likely to look to emerging technologies for field development projects. Testing and implementing new technologies onshore is easier as onshore represents fewer risks that oil and gas companies have to mitigate, Shaw explained.

One major technology priority for the deepwater Gulf of Mexico is the development of 20K technology. A lot of companies have made progress in this area, but the oil price downturn has dried up research and development budgets. What will drive the implementation of technology is the demand, Khan said.

Even at $45/barrel oil, oil and gas companies should make money as long as costs are aligned, Gautum Chaudhury, deepwater technology advisor for BHP Billiton Petroleum, told Rigzone. When oil was trading at $18 to $20/barrel in 2001, companies were making more money in terms of percentage of profit compared with 2012, when oil prices were trading at more than $100/barrel.

Chaudhury said he has heard discussions about companies trying to align costs, but when oil prices recover, it’s likely going to be business again as usual.

It’s also likely that there will not be enough major offshore projects occurring in the next two years or so. The standalone projects that do move forward will likely be larger fields, say of 1 billion barrels, versus fields with $500 million barrels. Companies also might have trouble moving forward with major offshore projects if the industry is unable to hire back the engineers and technicians who make products. A shortage of desktop engineers – the people who design projects – won’t likely be an issue.

Improving organizational performance in the areas of bidding and front end project execution will most certainly be a strategic topic in many oil and gas, chemical and engineering contractor boardrooms in 2017. Implementing better estimating software technology, combined with more collaborative business processes, will provide a huge opportunity for improvement in capital projects, such as driving drive down capital costs on projects by up to 25 percent, Beck said.

Grant MacDonald  |  October 18, 2017
Contractor Witheld has made some very pertinent observations and comments. With the recent O & G downturn, a lot of experienced people have gone from the industry, are not likely to return and will be replaced with cheaper, younger but academically qualified engineers and managers. Its this new crop of engineers & managers who will not have the advantage of valuable experience gained through many years that will be tasked with executing the projects of the future. That, along with overly verbose & contradicting client specifications and contracts that have resulted from the "cut & paste" mentality so common amongst today's clients and contractors will only increase the chance of a project, no matter how big or small, to fail.
Mohd Fairuz Bin Idris  |  February 26, 2017
This is rich people's money game.... make it low...buy all... then sell when high... get richer...
William Wagner  |  February 08, 2017
Will most of the heaving lifting associated with off-shore equipment be leveraged in off-shore wind turbine installation and maintenance?
Contractor Witheld  |  February 02, 2017
We engineers in design engineering companies have always understood the cost impact on equipment suppliers of specifying a client’s preferred accessories and idiosyncratic requirements on packaged equipment but the clients never have. There is no doubt that significant cost saving will be made using standard equipment not only in CAPEX but OPEX too. However, I have to take exception to belief that ‘visibility’ during a detail design will be beneficial. In a career spanning 40 years I have seen oil companies strip themselves of their engineering departments that were full of pragmatic and sometimes enigmatic ex contracting engineers who had great foresight that only experience can give to be replaced with a new guard of the technically highly qualified. The client’s fit for purpose mentality has been replaced with a nit picking jobsworth application of every word of every specification piled onto the poor suppliers. We don’t send paper to vendors anymore it’s all pdf’s as the paper is too big and bulky. There is so much to read often the vendors don’t, they just don’t have the time or resources. They rely on us to review the bid and condition it so that the omissions can be added to make a level playing field. Then there is the issue of design change. I know some contractors have in the past always under bid the original design contract to secure it as they know the weakness of their clients. Anyone who has had a builder in their house should understand the word ‘change’ but it’s on a whole different scale. It’s what contracting is about, it’s the place where the money is made, costs escalate and schedules scuppered. The contractor will get the blame for any wound self-inflicted by the client but the contractor is only trying get out of that hole he got in to get the job, make a profit and ensure his survival. I think it’s also true to say management at high level in clients have no appreciation of how to select an ideal candidate to be their project manager. Because the ideal source, the client’s in house engineering team, is limited and preferring to promote within the company the client is forced to look elsewhere. How many times have we had to suffer a client project manager that comes from an operations or unrelated background? You don’t appoint a bus driver to be in charge of the bus design, you might ask him for his ideas but not be in charge of the engineering as he does not have the right experience. The next bus driver will have different ideas anyway! Nobody likes working on a bad project, on our CVs we try to be sure what we were doing can’t be seen as contributory to the disaster. And there has been a few in the recent past like Yme and the more infamous Cash All Gone. The other sad thing is that whoever was at the top of the pyramid and can never be considered 100% innocent is likely to be promoted. How can a client’s project manager report that the job is a failure or that there has been mismanagement of any of the of contractors below him? It will never happen, no matter how bad a project is it will always be a success for the company and failures will be somebody else’s fault, unless of course the client project manager and his team want early redundancy. We know so many times the truth is perverted when it goes to the top, it costs us reputation all the time. The best job a client will ever get is if they specify their requirements well at the beginning i.e. spend time and money on a good FEED and good specs. Select a decent design contractor where you understand the ethos of the management, not the lowest bid or one that wants to maximise their profit by employing labour from a totally unknown pool. Then, let us get on with it, keep changes and client interference to a minimum. We may not produce exactly what the client expected but we’ll be pretty close with a reasonable schedule and budget. It used to work in the past without all this micro management. When the industry was in a slump I was involved in a building project with other oil & gas engineers where the builder travelled from one side of the UK to the other. It was a slightly specialist building and was going to profitable for the builder. At the end of the job he said to me he had never worked on a job like it before and I asked why. He told me he hadn’t lost money but hadn’t made much either and he couldn’t believe he had had only one change. There are engineers and designers out there who can and want to do this for an oil and gas client but we need everything above us to be in place, then we will deliver.