Digital Tech in Oil, Gas Could Reduce CAPEX by 20% 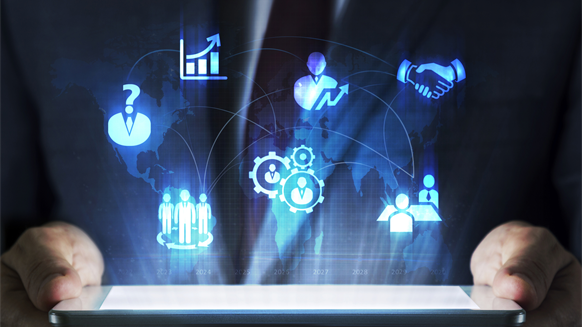 The effective use of digital technologies in the oil and gas sector could reduce capital expenditures (CAPEX) and operational cost by 20 percent and 5 percent, respectively.

The effective use of digital technologies in the oil and gas sector could reduce capital expenditures (CAPEX) and operational cost by 20 percent and 5 percent, respectively, GE Oil & Gas CEO Lorenzo Simonelli said.

“The possibilities of…oil and gas driven by advanced digital capabilities are monumental,” Simonelli said at the annual GE Oil & Gas conference, held in Florence, Italy, which Rigzone is attending.

“Digitization truly is the single largest change for the industry and the foundation for its future. From build and design to operations, from reservoir to refinery,” he added.

Operators using a predictive data driven approach to maintenance experience 36 percent less unplanned downtime, resulting in a saving of about $17 million, according to Simonelli.

“There’s so much opportunity to do more, faster. Today, only 3 to 5 percent of the oil and gas equipment is connected,” Simonelli said.

“The average offshore rig has 30,000 sensors that generate data. Typically, less than 1 percent of data is used to make decisions. The data is stuck in data graveyards where it lies dormant, un-analyzed and fails to drive insight for better decision making,” he added.

Simonelli also said that fewer than 24 percent of operators describe their maintenance approach as being predictive – that is, one based on data and analytics.

Forecasting a more digitalized oil and gas industry in the future, Fatih Birol, executive director of the International Energy Agency, echoed Simonelli’s championing of the digital practice, predicting that the trend, along with governmental influence, would lead to increased efficiency in the sector.

“We are seeing that efficiency improvements in the next 25 years are much stronger than the last 25 years, mainly as a result of government policies and also the change in technology led by digitalization,” Birol said, addressing oil and gas delegates at the conference.

Further commenting on the potential future of oil and gas, Birol predicted that the industry is entering a period of “huge” oil price volatility, due to investment-related factors.

“When we look at the investments in…oil and gas…we see that approvals for new crude oil projects in the last 2 years was at the lowest [point than]…the last 50 years. No new projects are coming,” Birol said.

“If there are no major new approvals, major projects this year, it will be very difficult to see that we do not have troubling times in the market in the next few years because of the growing supply-demand gap…we believe there will be volatility in the markets and the prices may go up and down much more frequently and in much larger quantities in the next years to come,” he added.

Digital inventions and the future extraction of oil, gas

In its 2015 technology outlook, BP plc highlighted that digital inventions, such as sensors, robotics and supercomputers for data analysis, had big parts to play in the future extraction of oil and gas.