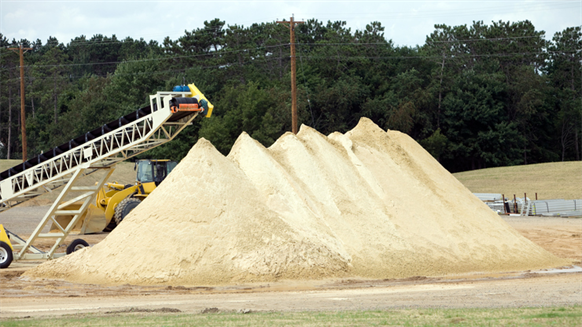 Editor's Note: This is the final story in a series analyzing the 2017 outlook for oilfield services. For yesterday's story, click here.

While 2017 may not be a stellar year for oilfield services in general, the sand proppant those companies use in hydraulic fracturing may enjoy its best time yet.

With crude oil prices appearing stable at more than $50 per barrel, exploration and production (E&P) companies are gaining confidence and spending more money on capital expenditures (CAPEX). Increasingly, analysts and investors are bullish on the grain’s prospects as rig counts climb and E&P companies pour ever more sand downhole to accelerate production.

This phenomenon has been the single biggest driver of improved well production in the U.S., analysts at Raymond James (RayJa) said in a January note to investors. While the U.S. rig count plummeted almost 75 percent during the last two years, sand demand dropped off about 40 percent. 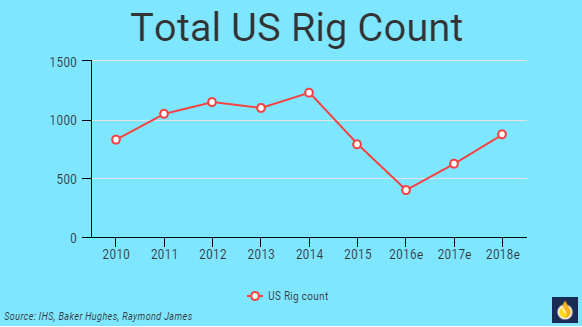 Proppant use in the United States alone will reach above 2014 levels despite the diminished activity of 60 percent fewer rigs, RayJa said. Between the Permian Basin, Eagle Ford and Bakken, proppant intensity (pounds per lateral foot) has increased more than 50 percent since the beginning of 2014.

“We expect to see U.S. proppant demand this year set all-time highs despite fewer than half the rigs running, relative to the previous 2014 sand demand peak,” RayJa said. “Furthermore, with our expectations for an increasing U.S. rig count over the next few years, U.S. sand demand in 2018 should be at least 150 percent higher than 2016 – up to a whopping 80 million tons.” 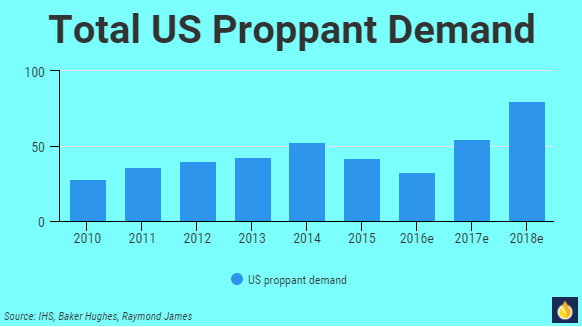 At Tudor, Pickering & Holt (TPH), analysts with an already robust outlook on frac sand demand have revised their expectations upward.

In early 2016, TPH ran a basin-by-basin demand model and estimated 2017 and 2018 proppant demand would be up to 200 billion pounds (Blbs). But that cap was met by the beginning of December, leading the investment bank to revise its forecast for 2018 to 240 Blbs – more than double the peak annual U.S. demand of 108 Blbs. 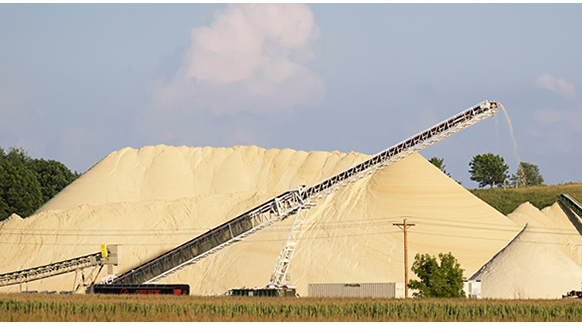