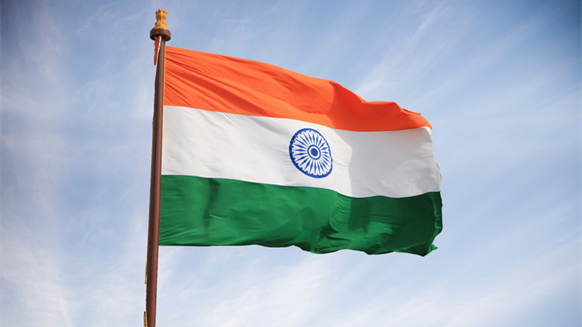 India's biggest oil and gas producer will pay as much as $1.2 billion to buy a majority stake in a gas field off the country's east coast.

(Bloomberg) -- India’s biggest oil and gas producer will pay as much as $1.2 billion to buy a majority stake in a gas field off the country’s east coast, aiming to boost production as the country seeks to cut energy imports.

State-owned Oil and Natural Gas Corp. Ltd.’s board approved the purchase of an 80 percent stake in Gujarat State Petroleum Corp.’s deepwater block in the Krishna Godavari basin, it said in a statement on Friday. The New Delhi-based company will pay $995.26 million for the Deen Dayal West Field, the largest discovery in the KG-OSN-2001/3 block, with estimated natural gas reserves of 1.1 trillion cubic feet.

It will pay​ another $200 million for six other discoveries in the block located in the Bay of Bengal. The block has likely total reserves of at least 11.2 trillion cubic feet, according to GSPC’s annual report for the year ended March 31.

The deal will help expedite production of gas from the block critical to achieve Prime Minister Narendra Modi’s goal of reducing import dependency of hydrocarbons by 10 percent by 2022.

The companies will share infrastructure and reduce costs in an area where both have spent or plan to spend at least $3 billion each. The deal is critical for GSPC, a company owned by the government of the western state of Gujarat, as it is at least four years behind schedule in starting commercial gas production despite having completed construction of a processing platform, gas pipeline and an onshore terminal.