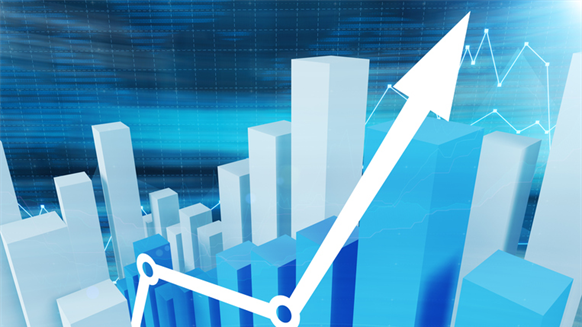 After pulling off the biggest oil-market deal in a decade, OPEC faces a new balancing act in 2017: boosting prices without igniting shale.

(Bloomberg) -- After pulling off the biggest oil-market deal in a decade, OPEC faces a new balancing act in 2017: boosting prices without igniting shale.

The first shale boom spurred a global supply glut that started prices sliding in mid-2014, and was amplified that November by a pump-at-will OPEC strategy aimed at market dominance. During the ensuing rout, prices in New York fell from more than $100 a barrel to $26.05 in February, straining the budgets of companies and countries alike.

Now, the Organization of Petroleum Exporting Countries has a new plan for 2017: Trim output, boost prices and better exploit the world’s most significant natural resource. With the cuts, prices could average $58 a barrel, according to the median of 24 analyst estimates compiled by Bloomberg. While that 29 percent gain on this year’s average will aid OPEC members, it could also spur U.S. drillers to add rigs.

“OPEC is aiming for a much-needed lift to the oil price, given the stretched fiscal balance sheets of every producing nation,” said Ed Morse, head of commodities research at Citigroup. “The question really should be what happens afterwards -- how fast is U.S. shale going to come back?”

At 8.8 million barrels a day, the U.S. is already pumping almost as much crude as two years ago, with just a third of the rigs it operated at the peak, data from Baker Hughes Inc. and the Energy Information Administration show. Since May, drillers have added about 200 rigs, taking advantage of rising prices as talk of an OPEC supply cut circulated.

With OPEC’s oil revenues slumping to $518 billion last year from $956 billion in 2014, the group may have had little choice on the cutbacks. Even Saudi Arabia, the group’s biggest producer, has found itself burning through billions in cash reserves, slashing public-sector wages and tapping bond markets to plug a budget deficit.

Even $58 oil wouldn’t eliminate budget deficits for eight OPEC members assessed recently by the International Monetary Fund. To erase their shortfalls, crude would need to average at least $62 in 2017, according to the IMF.

Challenges remain. For one thing, compliance with the output agreement. The group’s members “tend to cheat,” former Saudi oil minister Ali Al-Naimi said in a Dec. 2 speech, before the agreement between OPEC and non-members was finalized.

He also expressed skepticism that Russia, considered a wildcard during talks, would follow through on its promise to reduce its output by 300,000 barrels a day. "Will Russia cut?" Al-Naimi asked. "I don’t know. In the past, they didn’t."

The biggest threat to OPEC’s plan could come from within. Nigeria and Libya got exemptions because conflicts in both countries damaged their output. If each nation reached its potential next year, then their additional barrels would almost wipe out the producer group’s supply cuts.

Iran too didn’t have to make cuts from the same starting point as other OPEC countries. Several years of sanctions lowered its production and revenues from exports and the country argued that it needed the right to make up for that period.

Another challenge could come from the dozens of U.S. drillers who survived the rout by becoming leaner and more efficient.