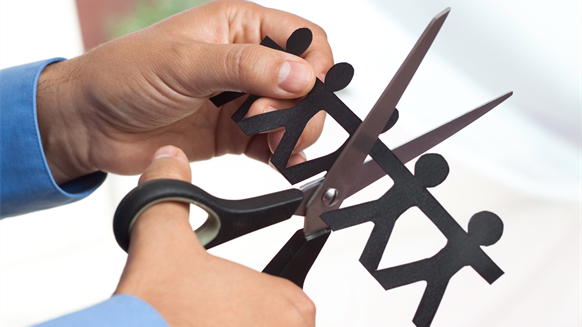 The number of unfair redundancy claims to Aberdeen's Citizens Advice Bureau among offshore workers in the UK Continental Shelf has doubled during the last year, BBC Scotland reported Friday.

The number of unfair redundancy claims to Aberdeen's Citizens Advice Bureau among offshore workers in the UK Continental Shelf has doubled during the last year, BBC Scotland reported Friday.

"It's not the fact that redundancies are required, I mean we all know that, it's just the way people are being selected,” Zara Strange, the CAB manager in Aberdeen, told BBC Scotland.

The charity said it had been advising hundreds of former workers in the sector over the past 12 months and claimed that some had managed to successfully challenge their former employers, according to BBC Scotland.

"We have people who we will challenge on their behalf…Invariably we will win that case because people are being unfairly selected…Or people who should have been included in the pool of people have been missed out, so we're really talking about favouritism in that aspect,” Strange told the BBC.

“Without greater investment and activity we risk losing vital capacity and skills in the supply chain that will support production and ensure we realize the total value from maximizing economic recovery from the North Sea,” Martin said.

The SNP has condemned the UK government’s approach to the North Sea, claiming it has been using the area as a cash-cow only to abandon the oil and gas sector in difficult times.

“Hundreds of billions of pounds have been taken out of the region over recent decades…but when North Sea industry is crying out for help, and jobs are being lost, the Chancellor refuses to listen,” Martin said, referring to Philip Hammond’s Autumn Statement.

“Philip Hammond has failed to move on loan guarantees, failed to encourage exploration and a failed to deal with decommissioning,” Martin added.

UK Chancellor of the Exchequer Philip Hammond pledged to stick to the oil and gas industry tax cuts announced by his predecessor George Osborne in March, although not much more was mentioned regarding the sector when he made his Autumn Statement Nov. 23.