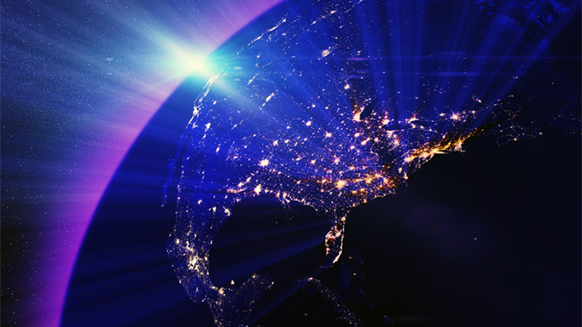 Global oil and gas exploration spending to increase by 2% next year - the first increase since 2014 - with North American growth tempering international declines.

With a notion of optimism returning to the oil and gas industry, company leaders are projecting an increase in global upstream spending for 2017 – the first since the industry’s throttling started in 2014.

Perhaps no one could have predicted the severity of the most recent down cycle in terms of depth and duration, said James West, senior managing director and partner at the investment bank. Depressed commodity prices forced the impromptu overhaul of the entire oil and gas market, which slashed upstream spending and left a profoundly negative impact on the oilfield services equipment and drilling sector.

But, in the wake of the adversity, it appears the recovery is in bloom.

“We now project global E&P CAPEX to increase by 2 percent in 2017 – the first increase since 2014,” West said during a recent conference call with investors. “Global upstream spending fell by 27 percent in 2016, following a 21 percent fall in 2015, reaching lowest levels since 2009.”

Should commodity prices continue to increase, West said analysts expect upward revisions to capital budgets. Canada, where several formal budget plans had already been laid before OPEC’s historic announcement it would cut its crude production, could see the most upside, West said.

“Prior to the [OPEC] deal, crude prices would react violently to OPEC headlines, providing an extremely unstable crude price on which to base a budget,” West said. “In fact, OPEC uncertainty was frequently cited on [third quarter] E&P conference calls as a deterrent for providing formal capex guidance. An unequivocally positive OPEC outcome has improved the sightlines for E&Ps and the formal capex announcements that have been made post-OPEC have featured substantial year-over-year increases for 2017.”

Internationally, the pace of the spending decline is slowing and expected to bottom-out next year, West said. After dropping 21 percent in 2016, international upstream spending is projected to again decline, but only by 4.1 percent in 2017.