Employee or Contractor? Self-Examination is Good for the Soul 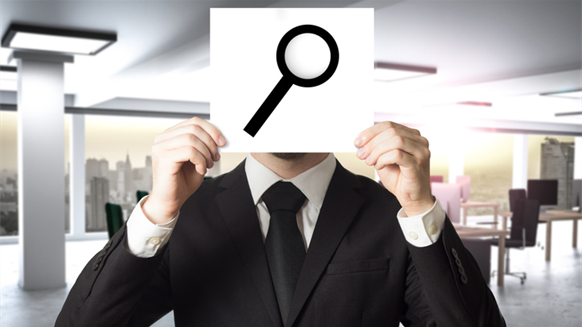 As a business, what would you do if you discovered that lax accounting methods were costing you real money?

As a business, what would you do if you discovered that lax accounting methods were costing you real money? What if an audit revealed that these lapses amounted to $34.7 billion over a nine-year span? This is precisely what the U.S. Department of Treasury/IRS learned in 2005, and the root cause was deemed to be a common practice by employers of wrongly classifying workers as contractors rather than employees.

Shortly after those findings were revealed, individual states jumped in and began scrutinizing their own methods and learned they were being shorted, too. For employers upstream, downstream and throughout the energy sector, this scrutiny has only increased in the years since.

The U.S. Department of Labor (DOL) has taken a keen interest in energy sector businesses, given the industry’s historic reliance on independent contractors.

Many employers have been reluctant to heed the warnings, resulting in a growing list of businesses caught on the wrong side of the regulations and subjected to stiff financial penalties. Consider: in the last five years, DOL’s oil and gas enforcement program has mounted nearly 1,100 investigations and recovered more than $40 million in back wages.

Since then, a cascade of new laws and better enforcement of existing ones have created a high-stakes compliance landscape for employers that rely on contractors, including job titles like toolpushers, roustabouts, wellsite advisors, direction drillers and wireline operators, among others. As a result, businesses have a changing regulatory playing field to monitor, including:

In addition to stepped-up pressure from these agencies, trial lawyers representing disgruntled contractors have latched onto this issue as a way to earn a handsome payday, especially where an employer has a large contractor population that has been on the job for a long time. In 2015, Halliburton paid $18.3 million in overtime wages to more than 1,000 workers – including field service representatives, pipe recovery specialists, drilling tech advisers, perforating specialists and reliability tech specialists – who had been wrongly classified. In 2012, Houston-based equipment manufacturer and drilling service provider HongHua paid more than $687,000 in back wages to 133 roughnecks and crane operators. Earlier this year, Oklahoma-based Rigid Oilfield Services and Colorado-based J&A Services were ordered to pay lost overtime wages to misclassified workers. Rigid settled its case for nearly $52,000, and J&A services agreed to reimburse $2 million in back wages to workers who were wrongly classified as “exempt” from overtime.

How do employers end up on the receiving end of an agency investigation, private lawsuit or both? The most common triggers are:

Why are so many employers still misclassifying their workers? Some are lulled by a false sense of security created by prior lax enforcement of this issue. The common refrain is, “We’ve always done it this way and there’s never been a problem.” Once employers accept that the world has changed in regard to this issue, the larger hurdle is ensuring that the worker classification analysis is performed correctly. There is no single “test” for employee vs. contractor status. There are different “tests” under different statutes in the areas of tax, benefits, employment discrimination, unemployment compensation, workers’ compensation and traditional labor law. Then multiply that times the number of states you have workers in, since each state’s version may differ from the federal version of the same law. For employers, the writing is clearly on the wall and this issue is not going away. The consequences are real, and it’s up to employers to fully understand the changing playing field.

In the second installment of this commentary series, which will run tomorrow, Mross outlines the kinds of tests that businesses should embrace to ensure that workers are properly classified.

Audrey Mross is a senior partner at Munck Wilson Mandala, where she leads the firm’s Labor and Employment Section and writes a monthly update on employment issues called Legal Briefs for HR. You can request to be added to the distribution for this free service at amross@munckwilson.com.