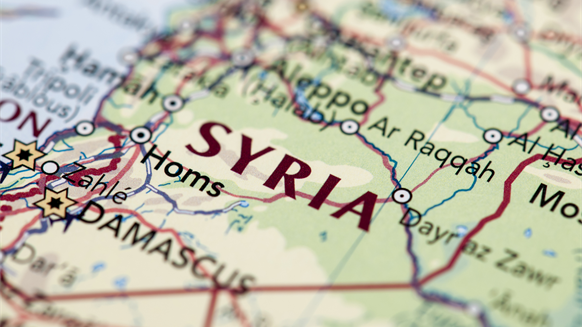 Islamic State fighters have taken control of the Jahar and Jazl oil fields, as well as the al-Mohr area and the al-Mohr company, according to a report from the Syrian Observatory for Human Rights (SOHR).

Islamic State fighters have taken control of the Jahar and Jazl oil fields, as well as the al-Mohr area and the al-Mohr company, according to a report from the Syrian Observatory for Human Rights (SOHR).

The development follows news from SOHR on Dec. 8 that unidentified warplanes had bombed areas within the al-Omar oilfield in the countryside of Deir Ezzor, which resulted in the outbreak of fire in the field.

Syria’s latest oil and gas field clashes follow a spate of attacks throughout the last few years. As of July 2014, Syria’s oil sector was said to have lost around $23.5 billion due to damage to facilities and pipelines, looting and production delays, with Islamist militants and other rebel groups in control of most of Syria’s oil producing regions.

IS’ approach in the country, which has revolved around isolating and controlling energy facilities in order to generate revenue, has differed from its strategy in places like Libya, where it has tried to ensure the country remains a failed state and consequently vulnerable to further exploitation, Ruth Lux, a senior consultant within JLT’s credit, political & security risk division consulting team, told Rigzone.

The Syrian civil war began in early 2011 as part of the Arab Spring protests, which originated in Tunisia in December 2010 and quickly spread to neighbouring countries such as Egypt, Libya and Yemen.

Following the war, Syria’s production figures dipped consecutively, every year, from 2011 to record lows in 2015, according to BP’s latest statistical review of world energy. The country's oil output hit 27,000 barrels per day last year, down from 2010 pre-war levels of 385,000 barrels per day, and its gas production stood at 4.3 billion cubic meters in 2015, compared to 8 billion cubic meters in 2010.