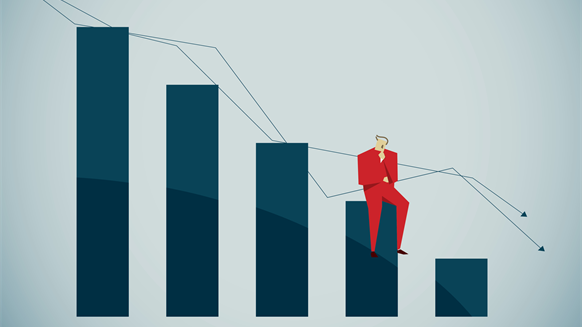 Oil and gas extraction in the UKCS decreased by 10% year-on-year, and by 10.8% month-on-month, in October, according to the latest numbers from the Office for National Statistics (ONS).

Oil and gas extraction in the UK Continental Shelf decreased by 10 percent year-on-year, and by 10.8 percent month-on-month, in October, according to the latest numbers from the Office for National Statistics (ONS).

“Evidence from the Department for Business, Energy and Industrial Strategy (BEIS) attributed the decrease to continued maintenance at some of the largest oil fields in the North Sea,” the ONS report said.

BEIS advised that the decrease could largely be attributed to continued maintenance to the Buzzard oil field, which is owned by Nexen Petroleum UK Limited, a wholly owned subsidiary of CNOOC Limited. The decline was the largest since September 2012, when it fell by 26.4 percent, according to the ONS. Buzzard also underwent extensive maintenance during this time.

Buzzard was shut in the second and third quarters in 2012, with the latter shutdown lasting four weeks.

Located around 60 miles northeast of Aberdeen in approximately 314 feet of water, Buzzard is the largest UK North Sea oil discovery in the past two decades, according to Nexen’s website. The field pumps approximately 180,000 barrels per day.

The ONS Index of Production uses a variety of different data from sources that are produced on either a quarterly or monthly basis, including Monthly Business Survey (MBS) data, which is the ONS’ short-term survey of various industries in the economy.