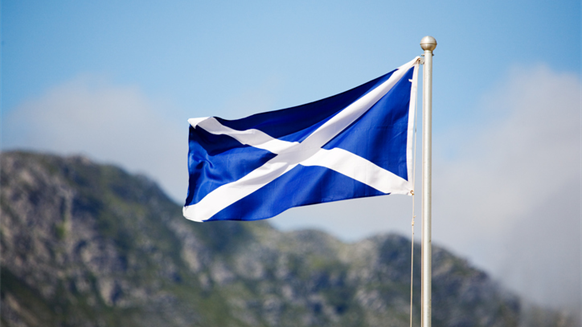 EY Scottish ITEM Club forecasts that Aberdeen will see a further 4,000 jobs lost over the next three years as the consequences of the low oil price continues to be felt.

More job losses are expected in northeast Scotland as the region's employers continue to be challenged by the low oil price environment, according to the EY Scottish ITEM Club's forecast for 2017.

The 2017 forecast, released Monday, highlights a further slowdown in growth as the Scottish economy continues to face a number of headwinds, including: the on-going impact of the fall in oil prices on the Scottish onshore economy; Scotland’s relatively weak external performance; and elusive employment growth alongside a marked deterioration in activity rates. Overall, EY expects employment in Scotland to fall by 0.3 percent in 2017 and then by a further 0.5 percent in 2018.

The picture for Aberdeen remains particularly bleak. Scotland's main oil and gas hub continues to be affected by the fall in oil prices with total employment in the city expected to fall by 1.6 percent (some 3,000 jobs) in 2016 as a whole. Through to 2019, EY expects Aberdeen to lose a further 4,000 jobs.

Dougie Adams, senior economic advisor to the EY Scottish ITEM Club commented in a statement that the past year has seen Scottish growth "challenged by various economic factors" and that "the impact of low oil prices continues to reverberate through the economy".

The report is just the latest to suggest that life continues to be tough for oil and gas professionals based in Aberdeenshire and the wider northeast Scotland region.

At the end of November, the Aberdeen & Grampian Chamber of Commerce revealed that more energy industry contractors have reduced staff than at any other point in the history of the organization's Oil & Gas Survey. That survey revealed that 43 percent of its respondents had reduced their staff's wages during the past year.

"We're likely to remain in an uncertain position through 2017 and 'the bottom' will arrive at different times and feel different for each company," James Bream, the AGCC's research and policy director, said in a statement accompanying the results of the survey last week.

Dave Wilkie  |  December 06, 2016
I worked offshore in the 80s when money was thrown at every project as if it was endless. I feel the results were high cost of living and property innaberdeen due to this and the price per barrel. Yet neither Edinburgh nor London had the foresight to invest or action an oil fund as others have. Look at my town now, its depressing to see. I feel for all who fave job cuts, Ive been there 3 times, but I got through, as I hope others will. High time the oil reserves off the west coast were accessed instead if spending billions on nuclear submarines. The work force could reach trained if investment was forthcoming. Sad to say Scotland has no more traditional industry such as fishing, ship building, granite etc as it had in its hey day. Far too much emphasis was placed on oil, yet look at the area now! Once the industry loses too many experienced workers and recovers, the oil companies will find it difficult to find or replace them because they will have moved on, Too high mortgages, and too many I must to offer used to high wages, as I had then, now face dire times. Aberdeen was in a bubble, I think it finally burst with drastic results. The oil companies and those who own them wont suffer, they will have ensured theyre money is safe. Bet they wont be facing this such as the wood group whos owner sits in rubislaw den comfortable, without fear of losing his wee hoose. Just my thoughts and opinion.
Scott Southerland  |  December 05, 2016
What on earth now will our special crystal ball seeing drunk friends do now? One can only ponder when thinking of the Shitesmen