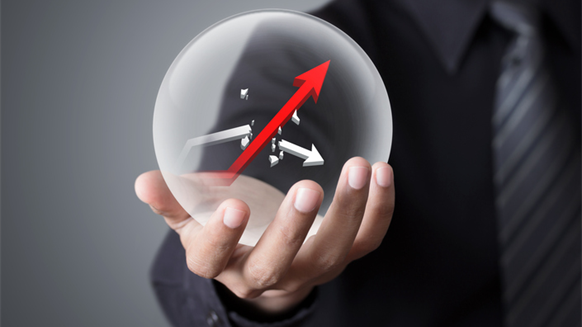 Following more than two years of an economic downturn that's roiled oil and gas markets, experts are cautiously optimistic the industry is finally prepared to turn a corner in 2017.

Editor's Note: This is the first in a series of stories examining the oil and gas business outlook for 2017.

With commodity prices approaching something like stability and a recent surge in deal-making, oil and gas experts say an end to the long, dark night that’s depressed the industry may finally be on the horizon.

At investment banking and financial restructuring house Carl Marks Advisors, Partner Charles Boguslaski and Managing Director Brian Williams are finding that an increase in forward strip pricing will give businesses more in their capital budgets – allowing for mergers and acquisitions (M&A), greater technology and long term hiring potential. The pair shared their ideas – and cautious optimism – for 2017 recently in The Rigzone Interview.

Rigzone: What trends might we see in upstream oil and gas in 2017? 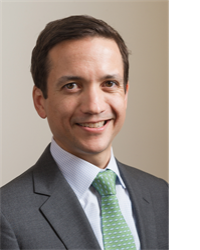 Boguslaksi: One of the major overlays that we’re seeing right now is a stabilization in oil prices in that $45 to $50 per barrel zone … Importantly, you see the forward strip for 2017-2018 trending above $50 a barrel. With that comes a bit of a stabilization in the market. It allows a lot of these (companies) a price they can look out forward and it allows them to set their capital budgets for the next year or two in line with that and have some room.

The strip prices right now are above ($50 per barrel), which is important because that means companies can start to transact and hedge around $50 a barrel for a year or two years forward – versus, frankly where we were six months ago and you were still in the low $40 a barrel where you could hedge that out. Now, that number is closer to $52, $54 a barrel where you can actually hedge those prices.

Where prices end up down the road is an entirely different question, but right now, where the strip is, it can give E&Ps comfort that they can hedge some portion of their production at those levels.

Williams: Operations have become so hyper-efficient and the cost (to produce) per barrel of oil has been so dramatically reduced by a series of things – from rig efficiencies to completion technology applications and process changes – that has really created an extremely interesting environment for E&P companies to generate the kinds of returns they and their investors hope to see.

It’s hard to overstate the positive impact of how change in efficiencies and productivity that E&Ps are seeing from their service providers has had on the industry. You look at basins that before required $50 or $60 per barrel to be economic … today with how efficient the industry has become, those costs might be down to $40 a barrel.

Rigzone: How are companies planning their capital budgets? Will they be more disciplined?

Boguslaski: It’s relatively pretty fluid. I think in terms of their spending levels, you will see an increase in drilling activity, and a bit of an increase in (capital expenditures) from where you saw them through 2016.

I wouldn’t expect anywhere near a return to 2014 levels, or even 2015 levels, yet. They will be relatively cautious and focused on those basins where they can be economic and profitable at prices of $40 to $50 a barrel. 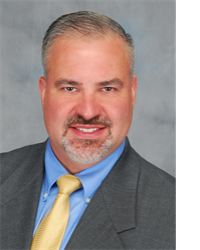 Rigzone: How might this impact industry employment – have we seen the last of major layoffs?

Williams: My sense is that we’re through the worst of it and in some circumstances now, hiring is starting to become a topic. A lot of the service companies I meet with … they’re pondering how they’re going to attract labor back to the oil patch because so much of it has gone away: 80 percent of the frack crews got sent home. There was a dramatic destruction of people from the industry, so how to get them back – how much you’re going to have to pay and how much it costs to train to ramp them up – is going to be a much bigger issue than continued layoffs.

Rigzone: And will bankruptcy continue to dominate headlines through 2017?

Williams: We’re not done with it. Continued restructuring, bankruptcy and liquidation – that whole cycle is still playing out within the oil and gas complex. A lot of companies have tried to hang on, but even this uplift in oil prices and the little activity increases we’ve seen have not been enough to forestall the inevitable for much longer for a lot of companies. You will still see some, but it’s going to be more of a company-by-company issue where they just had a failed business model given market conditions. But it’s not an industry trend anymore.

Rigzone: Why are we now seeing a surge in M&A?

Williams: You now have conditions where buyers and sellers can agree on the value of something and they can transact. During the early days of the turmoil, there was no way to accurately figure out what something may be worth to the point that someone would write nine-figure checks or more to go pay for something.

As you’re coming out of this, you’re seeing enough consolidation around views and outlooks for the industry that both parties can say, ‘Yes – it’s worth about that and strategically, it fits with me and my growth plan.’

Rigzone: Much has been made of E&Ps’ spending during the early days of the shale revolution. In response to the downturn, will companies refocus their business models to eliminate debt?

Boguslaski: When you’re growing like a rocket ship, leverage is terrific, especially for equity providers. But when you have to downsize your business – as many of the services and E&Ps have – they pull back on their operations and those capital structures just become unsupportable.

So coming out, you are seeing cleaner balance sheets and you are seeing people raise through equity rights offering. The market is still churning, and 2017 is still predicted to be a difficult one, or a choppy one. It will be 2018 when the market is expecting a significant rebound to levels that are more similar to what you saw in 2014 and 2013. Not a complete return to the heyday, but certainly a significant rebound.

Rigzone: But will those cleaner balance sheets last? Will E&Ps maintain capital discipline if oil prices shoot up to $100 per barrel again?

Boguslaski: All markets are cyclical. Debt markets are no exception. I think coming out, you will see cleaner balance sheets, driven by two factors: more caution by investors with the companies themselves forecasting some cash needs through 2017, which necessitates a more conservative capital structure; and then lenders on the other hand, will be more credit-oriented.

Certainly, it’s true as you look across industries, across sectors, across time, if we do see a bigger rebound in 2018 and 2019, there will be more competition for deals, more competition among those lenders to lend to companies that usually have the impact of reducing credit – credit standards, credit quality – as well as increasing leverage as people get more aggressive. So, have they learned their lesson? Yes, for now and I think they’ll be prudent out of necessity for a while. Do I think that throughout the structural chain, that we’ll never see high leverage in the sector again? No.

David Berry  |  December 03, 2016
I agree with Derek, the biggest challenge will be re-employing experienced hands, hands who can mentor and train new industry-entrants. As an OGP Client Rep (diving and ROV), many of my colleagues are approaching retirement and the uncertainty of the industry at present is encouraging that move. Work as a CR requires not only extensive diving and rov knowledge, but sound, mature judgment, especially where alternatives are available. I believe there will be a shortage of such people in both the near and long-term, and this may well affect diver safety.
Derek McGillivray  |  December 02, 2016
As a 61 year old ( still working) I have been through three of these. This is by far the worst. It has affected all sectors. They are still laying off people in Aberdeen. The problem will arise when they try to get the experienced hands back. A lot of guys just wont take the risk. I sincerely hope thing are on the up.