Shell Q&A: What Makes an Ideal Employer in Oil, Gas? 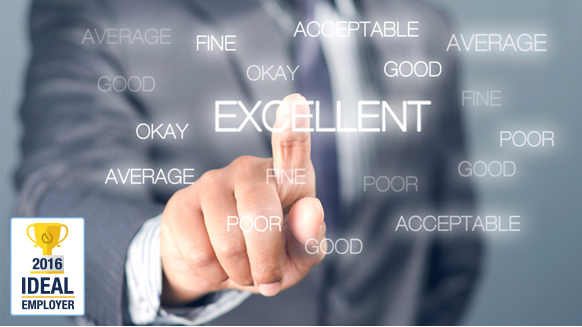 Rigzone talks to Shell HR executive, Jonathan Kohn, about the key attributes that make a top employer in the oil and gas industry.

Rigzone: How many graduates are you recruiting right now?

Kohn: We have made a strong commitment to try to maintain our graduate recruitment through the whole cycle. We typically recruit in the range of 800 to 1,100 graduates per year around the world. We are at the bottom end of that range at the moment; I think it's around 800 this year and next year. But that is still a very substantial commitment and it's at a time … when the business circumstances mean there are also people leaving.

When you have a company with the history and the future aspirations of ours, you can't just look at this in a single point of time and say: 'Oh dear, that's it. Stop.' You have to keep investing for the medium and long term.

Rigzone: How do initiatives aimed at engaging with young people, such as Shell's Ideas 360 program, fit into this?

Kohn: Ideas 360 is actually owned by the recruitment organization. It's a great example of trying to do two things at the same time. By setting a challenge like that we are likely to get the students with a bit more get-up-and-go and creativity, and who are really interested in solving challenges…

We are positioning and saying: 'Look! There is an energy transition that the world needs to face and actually big companies like Shell will be a huge part of that.' Some of that will be our approach to traditional oil and gas, particularly the move towards gas, but it will also be the opportunity for new energies – for renewables, windpower, biofuels (second and third generation) – and the combination between gas and some of those new energies. We want to play there and we want bright minds who are able to wrestle with those problems to come and join Shell.

Ideas 360 – which is only 3 years old – is a fantastic way of packaging all of that. And the people who take part, but who don't join Shell, go on and do influential jobs elsewhere in the economy and society, and hopefully are favorably disposed to Shell as a result of this early contact.

Rigzone: Our survey found that millennials are particularly interested in solid training programs and opportunities for promotion. Are these realistic goals for millennials at the moment?

Kohn: I think for millennials, who are early-career folks, they have lots of ambition and aspirations. So, hopefully people can retain that through their careers, particularly if their careers start as they want them to start.

The types of graduates that we look for are very talented and creative, and they want to do well and make an impact on the world. So, I expect that.

I think the focus on training is because in order for them to fulfil their potential they want to work for a company that's going to invest in giving that foundation of skills. That really coincides with Shell's thinking. We revamped our graduate development program about four-to-five years ago, and tried to concentrate it so that the 'time-to-autonomy' was shorter and we get graduates able to compete as professionals in their area of interest after three-to-four years.

We really focus on always bringing in top-quality graduates and a high-quality development program for that first three-to-four years of their careers to give them a foundation, whether they are doing well engineering, project engineering or petroleum engineering, and [they] spring board from there.

Rigzone: A commitment to health and safety was mentioned by nine-out-of-ten respondents. What do you think that signifies among the oil and gas workforce?

Kohn: This was a little bit of a surprise to me because we've had a journey on health and safety at Shell for at least the last 25 to 30 years and it has become second nature. It is a given: health and safety has to happen before you worry about anything else.

So, from my point of view, I was surprised that this was apparently a differentiator with other players. Maybe what your survey shows is that, across the industry as a whole – an industry where if you get it wrong the consequences are very significant – before you go to work for a company you want to be convinced that you are going to go home to your family every single night.