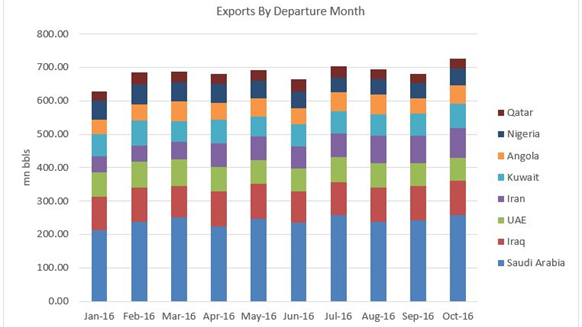 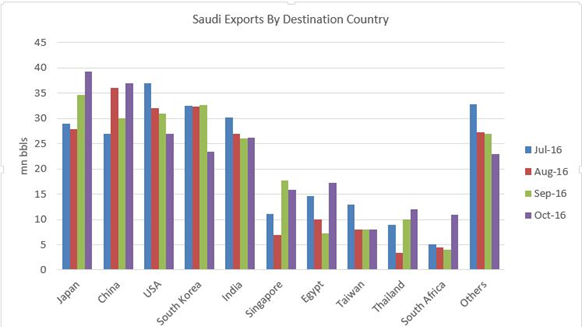 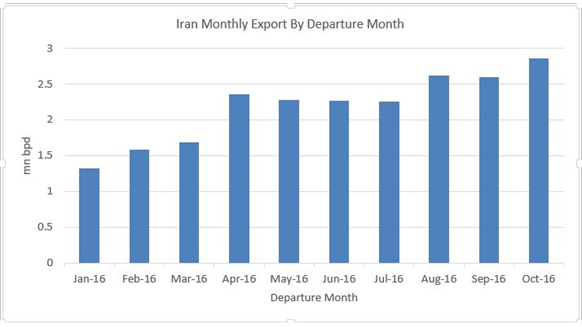 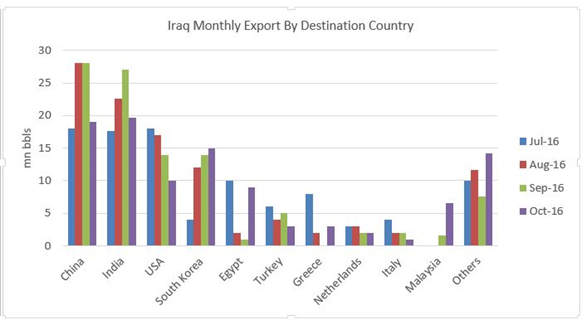 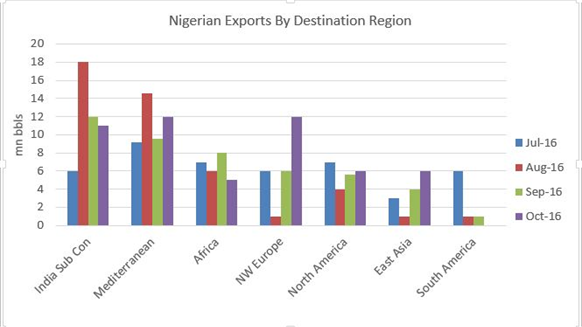 As of November 8, 167 vessels were fixed to load crude oil in the Middle East, which is down by 14 vessels compared to the same day in October. In addition, 72 vessels fixed for November loadings in West Africa, which is also 14 vessels less than same day last month. 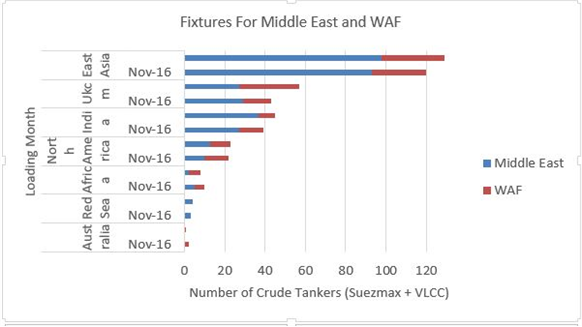 Genscape monitors Middle East and West African Crude exports daily using Genscape Vesseltracker data together with market intelligence sources to identify the load ports of each departing crude tanker and track it through to its final destination. Amir Bornaee is a crude oil analyst at Genscape.