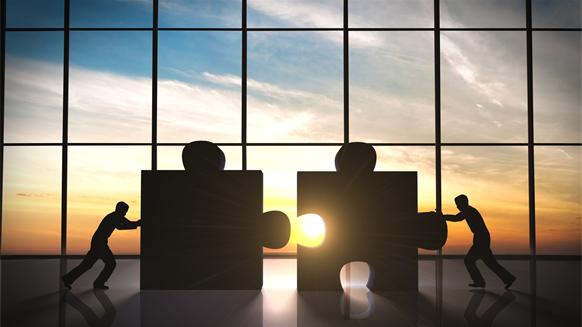 OneLNG and Ophir will have 66.2 percent and 33.8 percent ownership of the JOC, respectively, with economic entitlements consistent with the equity interests. The JOC will facilitate the financing, construction, development and operation of the integrated Fortuna project and, from final investment decision, will own Ophir's share of the Block R license and the Gandria FLNG vessel.

The shareholders' agreement and FID are subject to approval by the shareholders of Ophir Energy plc and by the government of Equatorial Guinea and to the agreement of final terms and execution of documentation for the project debt financing.

The expected total capital expenditure for the integrated project is approximately $2 billion to reach first gas. Approximately $1.2 billion is expected to be debt financed, with full drawdown by the start of commercial operations.

"Formation of the Fortuna JOC provides the framework for FID and clear line of sight to first gas. This progress is due to the innovative partnering between OneLNG and Ophir, the quality of the resource base, the excellent project economics and support from the Government of Equatorial Guinea,” Nick Cooper, chief executive of Ophir, said.

"Ophir's committed future expenditure to first gas will not exceed $150 million and certain other commercial exposures have been limited. We will now be able to advance the project while preserving our balance sheet strength,” he added.

"OneLNG was formed to provide an integrated approach to operators to reduce risk and costs and accelerate the time to monetize stranded gas reserves, and thereby transforming the economic viability of such projects. We are pleased to sign a shareholders' agreement with Ophir for the formation of the Fortuna JOC.  We look forward to working with Ophir and all of the other stakeholders to deliver OneLNG's and Africa's first deep-water FLNG project,” Jeff Goodrich, CEO of OneLNG, said.

Ophir Holdings & Ventures LTD is a wholly owned subsidiary of Ophir Energy plc and OneLNG is a joint venture between subsidiaries of Golar LNG Limited and Schlumberger.