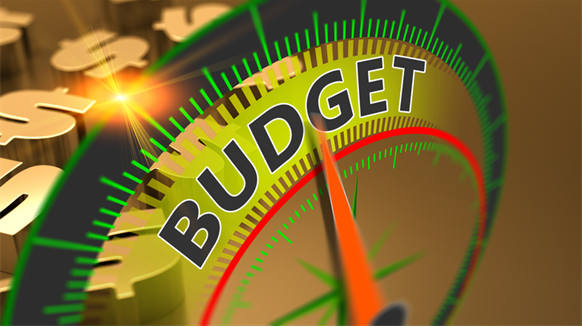 The biggest international oil companies are reining in capital spending for 2017 and possibly longer as they try to squeeze profits from a crude market battered by a global glut.

(Bloomberg) -- From  Eni SpA to BP Plc, the biggest international oil companies are reining in capital spending for 2017 and possibly longer as they try to squeeze profits from a crude market battered by a global glut.

Eni, which posted a greater-than-expected third-quarter loss, is reducing capital expenditure at least through next year, CEO Claudio Descalzi said Monday in a Bloomberg TV interview from Abu Dhabi, where energy companies are meeting to discuss the industry’s future.

BP is holding outlays to about $16 billion this year compared with a previous estimate of less than $17 billion, its CEO Bob Dudley said in a separate interview at the conference. Many other companies in the industry were doing the same, “bolting” down their capital spending, he said.

Energy majors are putting limits on expenditures as OPEC, which agreed in September to trim output for the first time in eight years, struggles to persuade Russian and other producers from outside the group to join the cuts. OPEC, which pumps about 40 percent of the world’s oil, wants to put the changes into effect when it meets in Vienna on Nov. 30. The agreement is to last one year starting in January, state-run news agency APS reported Monday, citing Algeria’s energy minister, Noureddine Boutarfa.

Brent crude, the international benchmark, has dropped below $50 a barrel since last month on concern that OPEC won’t be able to reach an accord with non-OPEC producers. Futures rebounded 1.2 percent to $46.12 a barrel by 4:48 p.m. in Dubai, the first advance in seven sessions.

Rome-based energy producer Eni could still make a profit, maintain spending and pay a dividend with crude at $50 a barrel, Descalzi said. Oil at $50 “is OK,” he said. “Looking at our break-even price, that is enough.”

Capital spending was static across the industry, due largely to cost savings and deflation, BP’s Dudley said. “I think we’re going to be about the same level next year as we have been this year,” he said.

With demand rising and investment dropping off, crude could “easily” reach $55 a barrel next year, Dudley said.

Exxon Mobil Corp. CEO Rex Tillerson, speaking on the sidelines of the Abu Dhabi conference, declined to give an estimate of his company’s expenditure. Capital spending will be “highly variable” from one producer to the next, he said.

“There’s still a significant supply overhang and inventory overhang that needs to be worked through,” Tillerson said.

Energy investment will be 44 percent lower than expected from 2015 to 2020, compared with expectations before crude prices collapsed about two years ago, author and energy consultant Daniel Yergin said in an interview in Abu Dhabi. “‘When you look at all the postponements and cancellations, that will add up later in this decade,” he said.

To maintain output amid lower spending, companies are seeking to develop oil and natural gas fields in countries with lower production costs, Descalzi and Patrick Pouyanne, CEO of  Total SA, said at the conference. Companies will continue seeking lower-cost developments, they said.

Eni is among major oil producers that are under pressure since crude prices plunged to less than half their 2014 peak levels. The company pumps crude in Iraq and is developing offshore natural gas fields in Egypt and Mozambique.

Scott Southerland  |  November 08, 2016
What I think is one little hickup in the middle east and ENI, Exxon or who ever will quadruple their capex spending quick like! Whatcha gonna do then Obamo?
RELATED COMPANIES
Company: BP plc more info
Company: ENI more info
Company: OPEC more info