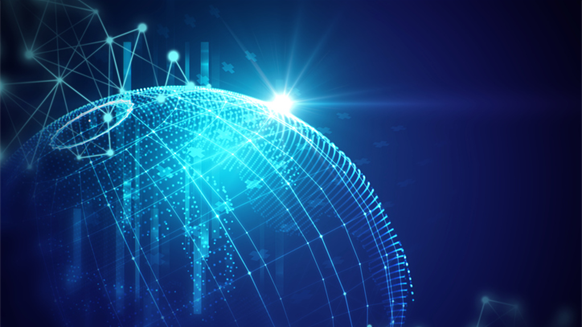 A new methane leak detection system being developed for the U.S. Department of Energy’s (DOE) National Energy Technology Laboratory will utilize machine learning to enable the detection of small leaks.

San Antonio-based Southwest Research Institute’s (SwRI) effort has two goals: to develop an autonomous, real-time system to detect methane leaks that can’t currently be detected with existing technology, and to develop this technology for use across the entire natural gas supply chain, from production to distribution. The project, which will take place over the next 18 months, is being funded by a $798,000 DOE award.

Methane is the main molecule in natural gas and the most prevalent greenhouse gas emitted in the United States, according to SwRI. While methane accounts for 11 percent of U.S. greenhouse gas emissions, it is considered more threatening than carbon dioxide because it absorbs heat more effectively.

For the project’s first phase, SwRI will use liquid spill detection capabilities it already has developed and implement it into a system using integrated optical sensors. The system also will feature an embedded processing unit to enable machine learning through algorithms that recognize patterns and trigger alarms during leak events. The project’s second phase will focus on integrating and field-testing the system to document and demonstrate capabilities within a controlled environment, SwRI said in the release.

The system will work by taking in optical data from a camera similar to one on a cell phone, but with higher quality. It also will use a mid-wave infrared camera that can detect whether methane absorption is occurring, said Maria Araujo, a manager with SwRI’s Intelligent Systems Division, in an interview with Rigzone.

Finding smaller methane leaks has posed a challenging problem for the oil and gas industry, Araujo said, requiring both inspection personnel and sensor devices stationed across pipelines and other energy infrastructure on a 24/7 basis. To find smaller leaks, oil and gas companies have to carry out expensive retrofits of existing systems. Another issue with these technologies is their high rates of false alarms. Systems that “cry wolf all the time make you lose confidence in the technology.”

Emerging technologies offer an opportunity for oil and gas companies to enhance leak detection technologies. Data management combined with artificial intelligence (AI) and analytics will allow companies to monitor gas temperature, pressure and flow, and determine what is normal, set benchmarks with ranges that are normal and if a threshold violation occurs, this should set off an alarm, or send notification that something is wrong, Chris Niven, research director at IDC Energy Insights, told Rigzone.

“Over time, AI will learn what works and what doesn’t as the system expands to include more data for comparison and more analytics to be able to predict, within a reasonable range of accuracy, that some kind of leak is about to occur, or has occurred and should prioritize potential leaks and other problems before they happen,” Niven explained.

Methane leaks can occur in a number of areas, including pipelines. Finding small methane leaks and quickly addressing them is tricky, Kyle Landry, research associate for Lux Research’s Autonomous 2.0 Research team, said. Doing so requires gathering data from all sensors and sifting through all the data to find some kind of outlier that could indicate a leak. In some industries, this is conducted by workers reading data off machines, then running data through regression algorithms on a spreadsheet.

Sean Rouillard  |  November 05, 2016
We have applied this technology monitoring methane gas emissions in Western Canada. This team is on the right track - we have examples of the results if anyone is interested. Can also install at 1/20th the cost of this Grant Funding program.