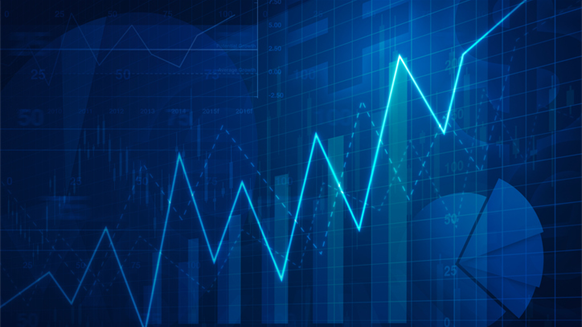 Chesapeake reports a surprise adjusted profit, helped by lower expenses, and expects to exit the next two years at higher production rates.

Shares of Chesapeake, which also kept its 2017 budget nearly unchanged, rose as much as 9 percent to $5.80 on Thursday.

Barclays analysts said Chesapeake's forecasts suggest that the brokerage may need to raise its 2018 average oil production expectation by 25-30 percent.

Chesapeake - which has been trying to reduce its crippling debt load of nearly $9 billion - said it planned to sell more assets this year, including about 126,000 net acres in the Haynesville Shale field in Louisiana.

The company will sell the acreage in two packages, and has received bids for the first, which holds net production of about 30 million cubic feet of gas per day, Chief Financial Officer Domenic Dell'Osso said on a post-earnings call.

A near 60 percent drop in oil prices since mid-2014 has depleted cash balances at most oil companies, forcing them to sell assets and clamp down on spending.

Net loss attributable to the company's shareholders fell nearly 75 percent to $1.20 billion from a year earlier, when the company wrote down the value of some assets by $5.42 billion.

Adjusted profit was 9 cents per share. Analysts on average had expected a loss of 3 cents, according to Thomson Reuters I/B/E/S.

Chesapeake's shares pared some gains to trade up 2.4 percent at $5.4. Up to Wednesday's close, the stock had gained 18 percent this year.

(Reporting by Swetha Gopinath and Vishaka George in Bengaluru; Editing by Maju Samuel and Sriraj Kalluvila)