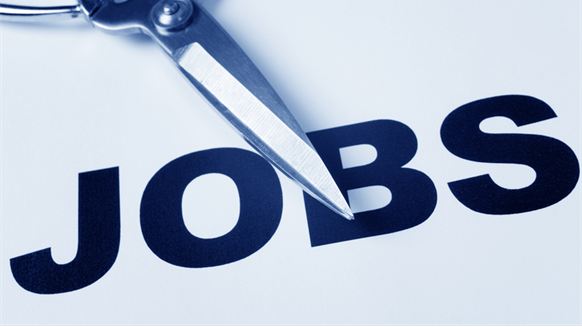 (Bloomberg) -- South Korea’s shipbuilding industry -- home to the world’s top three manufacturers -- has eliminated more than 20,000 jobs this year. They may not even be halfway through.

Hyundai Heavy Industries Co., Daewoo Shipbuilding & Marine Engineering Co. and Samsung Heavy Industries Co. are among builders that have sent workers home and the industry could lose as many as 40,000 more positions by the end of this year, the Korea Labor Institute estimated. The sector employed 163,000 people at the end of June, down from 183,000 at the end of December, according to the Korea Offshore & Shipbuilding Association.

The "Big Three" yards have lost a combined 6.6 trillion won ($5.8 billion) in the last six quarters amid delivery delays and a plunge in demand for new vessels and shipping platforms used for drilling oil in deep sea. Once South Korea’s biggest  export, shipbuilding has now slipped down the ranks of the top 10, prompting a state-led support package.

“If things don’t start to turn around next year, we could be on a long and painful path,” said Hong Sung-in, a researcher at the Korea Institute for Industrial Economics & Trade in Sejong, South Korea.

Hyundai Heavy reported on Wednesday a net income of 295.5 billion won for the three months through September, its third consecutive quarterly profit on the back of cost cuts. Samsung Heavy, the third-largest, is due to report Thursday, while Daewoo hasn’t set a date yet.

Shipbuilders and oil-rig makers like Singapore-based Keppel Corp. and Sembcorp Marine Ltd. have eliminated thousands of workers in the past two years amid weak demand for equipment to explore and transport oil. Keppel said last week that it slashed 8,000 jobs at its offshore and marine business in the nine months through September, while Sembcorp said it scrapped as many as well, without elaborating.

Companies in the oil and natural gas sector have cut more than 350,000 jobs since crude prices started to fall in 2014 and explorers reduced hundreds of billions of dollars in investment to weather the rout.

Hyundai Heavy is the only shipyard among the trio that made a profit in the first half. It has reduced about 1,500 jobs during the period. Nothing further has been decided, according to a company spokeswoman.

Samsung Heavy also cut about 1,500 jobs and is seeking to raise more than 1 trillion won by selling 159.1 million new shares next month. The company is executing a restructuring plan that includes reducing its headcount by as much as 40 percent by 2018, a spokesman said.

Daewoo Shipbuilding, which reported its biggest annual loss in 2015 after missing delivery schedules of offshore projects, is looking at reducing its headcount by about 1,000 workers through a voluntary retirement program by the end of 2016 and another 2,000 by transferring operations that support the company’s main business into a separate company.  Daewoo may consider further job cuts if the slump in orders continue, a company spokesman said.

Hyundai Heavy fell 4.8 percent in Seoul on Wednesday before the earnings were announced, trimming gains for the year to 69 percent versus a 2.7 percent advance in the benchmark Kospi index. Samsung Heavy slipped 2.4 percent on Wednesday. Daewoo Shipbuilding shares have declined about 12 percent this year before trading was halted in July.

The three shipyards submitted separate restructuring plans to their creditors earlier this year that may help them raise a combined 8.41 trillion won. The steps include selling some of their non-core assets, temporarily shut idle yards and cutting jobs.

Most of the job cuts are at the subcontractors, said Bae Kiu-sik, a senior researcher at Korea Labor Institute. After reaching a record 204,000 workers in 2014, of which almost 70 percent were subcontractors, the number of jobs has fallen every year, according to the Korea Offshore & Shipbuilding Association. The Big Three directly employed 51,353 people at the end of June.

“The restructuring measures should help shipyards ride the rough waves next year should orders remain weak,” said Lee Jae-won, an analyst at Yuanta Securities Korea in Seoul. “We should start seeing demand come back in 2018, though it won’t be back to peak levels.”