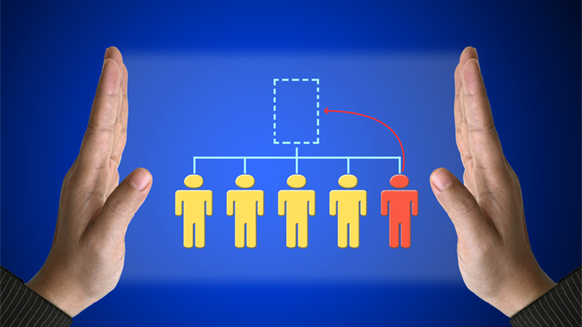 Rigzone explores what future leadership in the oil and gas industry will be once the industry enters a full recovery.

Shakeups in leadership have been fairly common during the oil and gas industry’s current downturn. As low crude oil prices continued month after month, companies lost some key leaders, reorganized its senior executives and ramped up their succession plans.

And the industry’s aging workforce and subsequent retirements have laid the foundation for what many are calling a new breed of CEOs – a crop of fresh, skilled individuals who will be the future leaders of oil and gas. 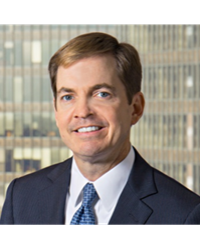 “The E&P [exploration and production] sector has gone through a pretty dramatic structural change in the past five to seven years, becoming more decentralized … historically, organizations were run by integrated oil companies – large, complex organizations that were strong and centrally run in their processes,” Steve Morse, sector leader for industrial natural resources at executive search firm Russell Reynold Associates, told Rigzone. “With the advent of shale and reshaping how we go about E&P, especially in the shale basins, the move to these decentralized structures has really changed the culture, decision-making and strategy around how these organizations work.”

The CEOs of the future will need to be original thinkers, first and foremost, said Morse.

“These are people with strong independent thinking skills who are open to change and are conceptual thinkers,” Morse said. “They’re innovators – people who can manage dynamic organizations.”

“They can read and engage others horizontally and vertically,” he said. “The millennial generation is playing a larger role in organizations in our energy industry, and in order to manage those millennials, the CEOs need to be more flexible with their structures and how they employ people to create a positive culture and environment.”

“Agility is a skillset that is needed in disruptive and turbulent times,” Csorba told Rigzone. CEOs also need to have “ripple intelligence, or strategic acumen. They have to be able to look beyond the horizon and really understand the macroeconomics [of oil and gas] and how it impacts their business.”

Csorba added CEOs and E&P leaders need to have a commitment to leadership development and a continuous learning mindset – not just for themselves, but their team as well.

Where Will Leaders Come From?

Identifying the leadership qualities that are necessary for the industry’s future CEOs is half of the battle. Where will these leaders come from?

“We’re looking at the independent oil and gas community as a really great breeding ground for talent. Executives of smaller, decentralized companies have been trained in their ability to be resilient, building fast-paced teams and catalyzing others,” Morse said.

He believes this training comes from independent companies that have multi-basin regional operations.

“CEOs can be groomed by performing a host of different general management roles in different geographies. Think of a general manager role of a basin as a mini CEO role in training,” he said. “Moving from one basin to another, they’re being well-trained for capital allocation, setting strategies and driving operational success.”

Csorba added that future leaders will come from assets and regions in which operations have been run as a business – in which there is full profit and loss (P&L) responsibility and workers have demonstrated ability to be disciplined about managing costs and leveraging new technologies. 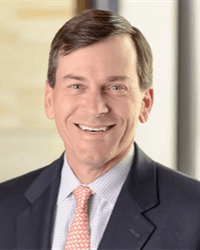 For years, the industry has communicated its need for strong leadership, innovation and new technologies. This creates numerous opportunities for younger energy professionals to take advantage.

Morse said companies are looking to foster better knowledge management and development of teams who can bring those skill sets.

“Digitization of the oil and gas industry is happening at a rapid pace,” said Morse. “Individuals with experience in best-of-class companies around innovation, technology and entrepreneurial endeavors are going to be sought after in this new world order because the cultural attributes of openness and strategic growth orientation are very sought after during the early stages of one’s career.”

This can be those fresh out of graduate school who take on early training roles, he added. Automation of business and technology applications are going to create opportunities for tech-savvy individuals.

With the oil and gas industry’s demographic shift – baby boomers retiring and dearth of leadership in the mid-career population – it creates “tremendous opportunities” for young energy professionals, Csorba said.

“Engineers, geologists and workers that come from a land function … there’s an incredible world of opportunity ahead if they can harness the right skills,” Csorba said. “If they can hang in there and gut it out during the downturn, the fruits of their labor will pay off. There’s just so much upside in the industry that requires new leadership.”

Robert Spoley  |  October 25, 2016
I have been in this industry since 8/1/1966 with Texaco for 10 years then as Division Geologic Engineer for Anadarko Production for 5 more years, all followed by a number of retainers and on - my - own. The changes you have noted are severe to say the least. In years past companies were run by technical oriented people that were engineers, geologists, land men and geophysicists. This is no longer the case. Now money managers run these companies. The vast majority of them dont know a good play (prospect) from a bad one. The net result is the horizontal resource plays. The vast majority of these companies are under water and will stay there until they become more technically savvy about how oil is trapped, found and produced. Currently, they are clueless. None of them are willing to try anything that others have not done recently and been successful at. The net result is that these companies are producing themselves out of business because nobody can make money doing horizontal stuff that has a very short life expectancy. We are leaderless because of the people running these companies and will probably stay that way. Stupid, short sighted, irrelevant, shallow and unproductive and thats when theyre asleep. Its worse when theyre awake.