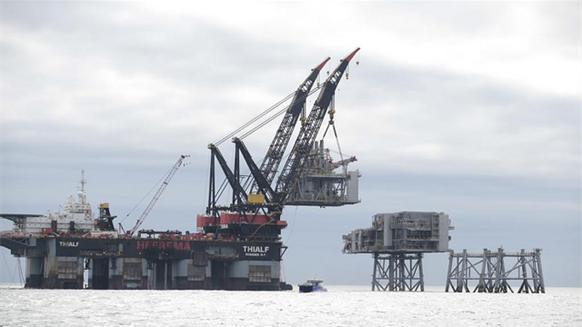 BP, which operates the field, said it wants to be “completely certain” the technical issue that caused the leak on Oct. 2 has been resolved before restarting, so production will remain offline as it investigates.

About 95 metric tons of oil, or fewer than 700 barrels, was released into the sea from the Clair platform in a leak that lasted less than an hour, BP said in statement Monday. The field produced an average of 20,000 barrels a day in the past year, according to data from the U.K. Oil & Gas Authority.

More than 4 million barrels of oil escaped into the Gulf of Mexico in 2010 following an explosion on Transocean Inc.’s Deepwater Horizon rig, which was drilling a well for BP. The London-based company’s total liability from the worst offshore oil spill in U.S. history was $61.6 billion before tax.