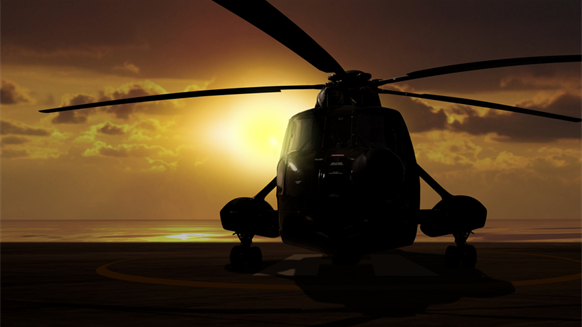 All six people being transferred via helicopter to a Chevron oil platform offshore Angola are dead, according to the latest media reports.

All six people being transferred via helicopter to a Chevron oil platform offshore Angola died when the aircraft crashed Monday, according to media reports.

Previously, four people had been confirmed dead and two were reported missing after the helicopter crashed as it was travelling to the Tombua-Landana offshore oil platform. The aircraft left the Malongo port in Angola’s Cabinda province Monday at 3:23pm local time to make the short journey, but never arrived at its destination.

Energy industry equipment firm Tenaris reported in a press release that one of its field service specialists was on board the helicopter.

"Search and rescue operations were mobilized to the area of last contact and are ongoing…Authorities are working through the identification process and will confirm the names and nationalities of those recovered," the spokesperson added.

Following the crash, CABGOC is conducting an incident investigation and a number of vessels are currently involved in locating the cockpit data recorder and aircraft debris. Rigzone has so far been unable to confirm the type of helicopter involved in the crash, although news reports coming out of Angola and the Aviation Safety Network site stated that it was a Bell 430 twin-engine light-medium helicopter. Bell Helicopter was unavailable for comment when contacted by Rigzone Wednesday.

The incident is the second fatal helicopter crash affecting the offshore oil industry this year, after a helicopter carrying Statoil workers to the Gullfaks B oil platform crashed into the Norwegian North Sea leaving 13 people dead. The aircraft in that case was a variant of the Eurocopter Super Puma helicopter, which has long been plagued with technical difficulties. In 2013, a CHC Eurocopter AS332 crashed off the coast of Sumburgh in the U.K while traveling from the Borgsten Dolphin oil platform, killing four of its passengers. In 2012, two EC225LP helicopters crashed May 10 and Oct. 22, offshore Aberdeen and the Shetland Islands, respectively, with no fatalities.