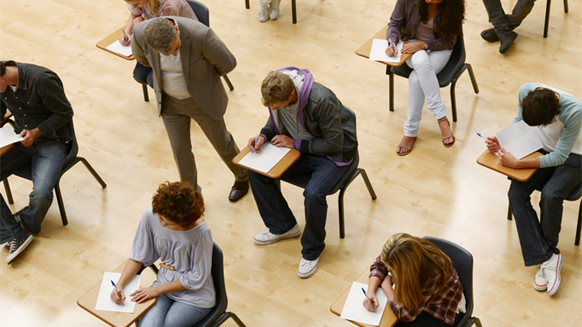 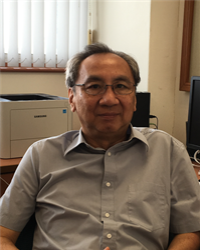 Rigzone: Can you tell us whether PE candidates are offered internships with oil and gas equipment and services companies?

Cheng: Currently because the master's program is typically part-time, there is a conflict regarding internships for candidates. However we are looking into opportunities for the couple of full-time students we have to do internships with such companies.

There are a number of companies in Singapore who have expressed interests in internships for our master's students. Our undergraduate engineering program also has industry attachment programs with companies such as Halliburton. I am not sure whether Schlumberger Ltd. is offering anything at the moment, but CGG is certainly working with us. And Total S.A. will start work with us next year. And hopefully, we will work with others, perhaps with Shell and other such firms.

Rigzone: Has there been any feedback on the PE program from the industry so far?

Cheng: Local-based companies are very supportive. The hope is to train Singaporeans to be able to walk into these type of jobs. So companies like CGG, which historically has a sizeable presence in Singapore, is not able to attract as many Singaporean candidates as they would like. So they hope through this (PE) program, we can encourage more Singaporeans getting into this business.

Total started Total E&P Asia Pacific Pte Ltd. center in Singapore a year ago. Right now, they are staffed with expatriates. Over time, they would like to help us help them train geoscientists to employ into their services. [In this regard], Singapore hope to attract more international groups of scientists and engineers to be based here.

Rigzone: Given the PE program at NUS is relatively new, do you have sufficient resources (such as facilities and software) for the course?

Cheng: We have sufficient resources – local companies are very eager to work with us to provide resources in terms of software, data, etc.

Rigzone: The global oil industry downturn has been around approximately 2 years. What has been the impact on the NUS PE program and the industry in general?

We are seeing the impact now in the oil and gas sector, with people leaving the industry for good. We see some people who work in the more midstream offshore side of the business – such as those building subsea systems and on the construction side – who showed more interest in the upstream side (focused on exploration and production). They actually have the perception that upstream business is more stable than midstream which is so heavily dependent on capital spending and the “ups and downs” (of the midstream segment) can be much more drastic than the upstream side tends to be.

Rigzone: When we last spoke in 2014, you said the Singapore Economic Development Board and some local-based companies had funded the initial start-up of the NUS PE program. Has the program reached a point when it is self-sustaining?

Rigzone: In the current industry environment, will NUS step up efforts to attract applicants not just in Singapore but also overseas for the PE program?

Cheng: We will try to market our program more. I think the focus is mostly on Singaporeans. There are concerns that there are not enough Singaporeans wanting to get into the program. We tried to attract more Singaporeans and this is one of our major aims.

As for applications for the PE program from outside Singapore, NUS is obviously a very well respected university in Asia. With the availability of a program like that, I think the people in the industry are much more eager to be part of it. To be honest, there is no equivalent program like this anywhere in Asia. If you want to study upstream geosciences, you have to go to Europe, the United States or Australia. And so I think because of that, there is a certain amount of interest in the program generated among Southeast Asians.

Rigzone: Regarding collaboration on R&D projects with the oil and gas industry, has the NUS PE program undertaken any so far?

Cheng: We are working on a project with Halliburton. We are also involved in project that is co-funded by SMI (Singapore Maritime Institute) and a local company called NauticAWT Ltd. (a Singapore-listed subsurface, subsea and surface facilities engineering services and solutions provider). And we have cooperative work with CGG, using their software. Some of these projects involved actual money.

Rigzone: Does NUS track the employability of their PE students after graduation?