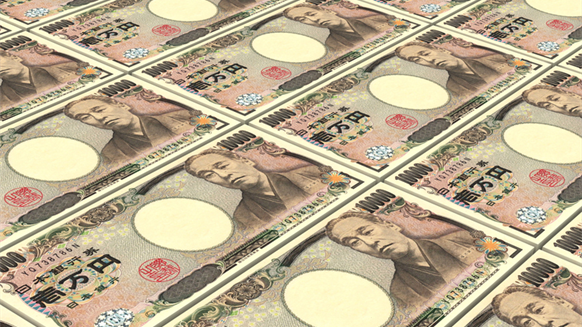 Japan plans to rush through a bill to provide more financial muscle for its companies to compete for global energy assets, just as other resource-hungry Asian economies such as China and India are also looking to snap up depressed oil assets.

TOKYO, Sept 23 (Reuters) - Japan plans to rush through a bill to provide more financial muscle for its companies to compete for global energy assets, just as other resource-hungry Asian economies such as China and India are also looking to snap up depressed oil assets.

The plans come at a time when oil-producing countries are being forced to sell stakes to offset falling revenue due to slumping oil prices.

Saudi Arabia aims to sell up to a 5 percent stake in its state oil company in an initial public offering (IPO), while Russia could sell part of its holding in the nation's largest oil producer Rosneft and Kazakhstan plans to sell a stake in its oil company KazMunaiGasvia.

"We want to reinforce JOGMEC's ability so that it can act swiftly as many oil producing nations plan to privatise their oil companies," said Daisuke Hirota, principal deputy director at the oil and gas division of the industry ministry.

"More importantly, the revision is to provide larger risk money to encourage Japanese companies to make fresh investments in oil and gas projects in tough time," he said.

Energy security is a particularly sensitive issue for Japan given it has to import most of its needs and after the 2011 Fukushima nuclear meltdown led to the shutdown of most nuclear power stations.

Like other global oil players, Japanese oil companies and trading houses were caught out by the steep falls in oil prices last year, forcing them to cut back on investments.

"But tough times bring opportunity," Hirota said, noting that aggressive spending on energy assets by other big oil importers China and India was also behind Japan's plans for JOGMEC.

JOGMEC, which was created in 2004 by combining agencies dealing with oil and metals, assists in acquisitions by Japanese firms. Under the revised law, it will be able to help their purchases of stakes in foreign energy companies through joint investments or loan guarantee.

The law is due to be presented at an extraordinary Diet session, due to begin next week, and could come into force as early as later this year, government sources said.

The industry ministry, which oversees JOGMEC, has already sought 162.8 billion yen ($1.6 billion) for a supplementary budget for resource development in the 2016 fiscal year to March. The ministry is also asking for 160 billion yen in the 2017 annual budget, up 43 percent from this year.

Some Japanese companies have been involved in global deals this year. For example, Japan's Mitsui and Australia's Woodside Petroleum said in June they would invest $1.9 billion to develop the Greater Enfield reserves off Western Australia.