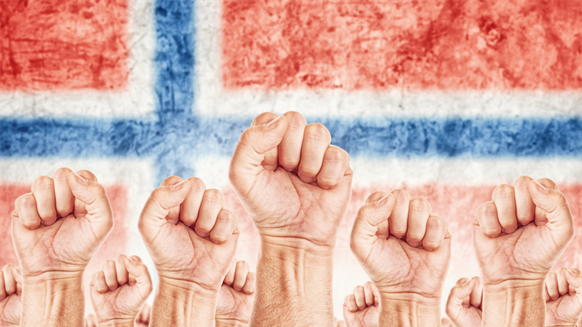 “We strike because the Norwegian Oil Industry Association did not show any willingness to meet us at our moderate demands,” said Industri Energi’s local leader Ommund Stokka.

The environmental management of drilling waste will be stopped during the strike, as will drilling operations offshore to prevent discharge into the sea. Industri Energi also stated that it will remove computer engineers who work with well monitoring and people that control unmanned underwater vehicles.

In a warning to the Norwegian Oil Industry Association, Industri Energi’s union secretary Einar Johannessen stated that an escalation of the strike can be implemented if necessary.

Mediation between the Norwegian Oil and Gas Association and Industry Energi took place Tuesday with a deadline of midnight to reach a deal.

“Supplier companies have been particularly hard-hit by the decline in activity on the Norwegian continential shelf,” said Jan Hodneland, lead negotiator at Norwegian Oil and Gas.

“Many of them have been through a substantial restructuring in recent years. That’s involved big cost cuts and constant downsizing. These companies can’t cope with further growth in their costs. That would make the position worse both for them and for the people they employ,” he added.

Hodneland stated late Tuesday that a cautious pay settlement would help to improve the competitive terms for Norway’s supplier companies, and that both employers and unions must contribute to preserving as many jobs as possible.

Commenting on the effect of the strike, the Norwegian Oil and Gas Association said that the walkouts could call a halt to some drilling operations, but would not immediately affect oil and gas production on the Norwegian Continental Shelf.

Pat  |  September 23, 2016
at this time, when oil prices are low and people are losing their jobs, I find that these people are making a bad decision. At least they have jobs when thousands have lost theirs. If they are only concerned about pay, maybe they should rethink about it. Cant feed a family sitting on the curb, striking.
RELATED COMPANIES
Company: Halliburton Company more info
Company: Baker Hughes more info
Company: Schlumberger more info