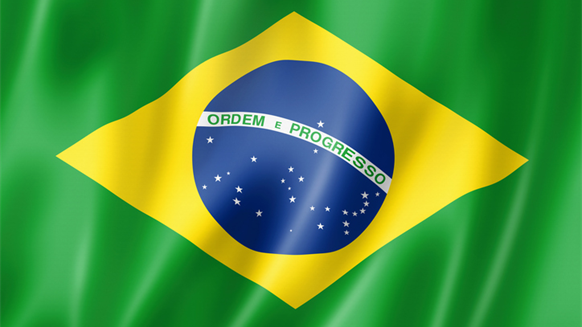 Petrobras cut planned investment by 25% under a five-year plan to reduce its massive debt, and revive investor confidence after a sweeping corruption scandal.

Petrobras contributes about 10 percent of the nation's economic output and Brazil's government, the company's controlling shareholder, is counting on it to help pull the economy out of its worst recession in decades.

Petróleo Brasileiro SA, as Petrobras is formally known, pledged up to $74.1 billion in capital spending for the 2017-2021 period compared with a $98.4 billion target in the prior four-year 2015-2019 plan, according to a securities filing.

This program outlines Petrobras' smallest capital budget since 2006 and fell short of the $82.7 billion average forecast of eight analysts surveyed by Reuters.

Petrobras reaffirmed its goal of $15.1 billion in asset sales for the 2015-2016 period and plans to raise an additional $19.5 billion through divestments and partnerships between 2017 and 2018.

The company said it could sell as much as $40 billion of assets over the next 10 years.

Chief Executive Officer Pedro Parente is seeking to cut the company's $125 billion of debt, amassed after years of state-directed policies overstretched the company.

Parente faces several obstacles including the lowest oil prices in a decade, a corruption scandal highlighting governance flaws, and its struggle to recover from huge losses incurred over many years because of government-mandated fuel subsidies.

Speaking to reporters in Rio de Janeiro, Parente vowed to cut costs and sharpen the focus on high-return activities to restore profitability.

"This plan should start bearing fruit within two years, when we expect to have strong metrics that will allow us to return to the good situation of a few years back," said Parente, who was appointed in May to turn around the struggling oil giant.

In line with focusing on oil and gas production, Petrobras said it will exit the biofuels business by selling ethanol and biodiesel production assets.

The plan shows how far Parente, appointed by new President Michel Temer, is prepared to go to reverse the policies of former Brazilian President Dilma Rousseff, removed from office in August for breaking budget laws.

"Lower capital spending makes absolute sense as the company aims at decreasing cash burn to accommodate interest and debt payments and to avoid stretching even further its balance sheet," said Rodolfo de Angele, an analyst with JPMorgan Securities in Sao Paulo, in a note to clients.

Exploration and production will get 82 percent of the investment budget. Spending on "downstream" refining, natural gas distribution and electricity generation will see spending cut 24 percent to $12.4 billion.

While investment cuts were bigger than analysts expected, production targets were largely unchanged.

Petrobras expects crude output in Brazil to fall in 2017 to 2.07 million barrels per day (bpd) from an average 2.22 million bpd in August. However, the company maintained its target of 2.70 million bpd for 2020, 16 percent above the median estimate of analysts surveyed by Reuters.

Total output of domestic and international oil and natural gas equivalent is expected to rise 19 percent in the 2017-2021 period to an average of 3.41 million bpd.

Before the plan was released, Luana Siegfried, oil and gas analyst at Raymond James in Houston, said failure to cut the outlook for 2020 Brazil crude oil production in the face of significant budget cuts raises the risk Petrobras will fall short of its promises.

In the past 14 years Petrobras has met its annual oil output target only once, in 2015.

Parente said that big efficiency gains and higher-than-expected output from new offshore wells will allow Petrobras to meet its targets in the years ahead.