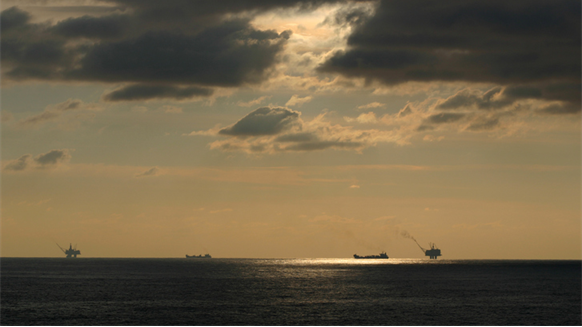 Delegates to the Ext:end North Sea Late Life Summit hear that a campaign approach to decommissioning is needed as employment on decom projects is set to double in the North Sea over the next year.

Strong project management capabilities, including a "campaign approach" to decommissioning, will be crucial to driving down the cost of the activity on the UK Continental Shelf during the coming decades as hundreds of platforms are removed from the North Sea basin. This was the key message to come out of this week's EXT:end North Sea Late Life Summit and Exhibition, held in Aberdeen, Scotland.

The summit heard that the number of people employed on decommissioning projects on the UKCS is set to double over the next year. But while participants in the summit agreed that most of the skills required to carry out decommissioning already exist within the upstream industry, they also recognized that people with the right project management skills will be essential to getting the decom job done in an efficient and cost effective manner.

Taking part in a panel session, Diederik Nelissen, an associate principal at strategy consultancy McKinsey & Company, said that decommissioning had been seen as unglamorous by workers in the industry, "but that is changing. People are becoming more interested in it."

Addax Petroleum Managing Director John Warrender pointed out that it will be "the campaign element of decommissioning that will be the challenge". The North Sea already has well-documented examples of the campaign approach to decom – such as ConocoPhillips' 2014 plugging and abandonment campaign in the southern North Sea, which turned a 541-day work program into one that took just 435 days. ConocoPhillips put this achievement down to proactive engagement with personnel, close collaboration with vendors and an attitude of continually challenging assumptions.

The North Sea upstream sector can also take a look at how other industries have undertaken decommissioning projects, according to Lloyd's Register Energy Director Alastair Buchanan.

"I think there are lessons to be learned from the nuclear industry in the way that they approached decommissioning," Buchanan said.

"I know that within the supply chain there are a number of companies that have been formed through either general alliances, joint ventures or full partnerships, including the end user, in order to try to make the whole decommissioning process, which is primarily a project management process, far more efficient and far more cost effective. So, I think there is a lot to be learned from nuclear. I think we should look at that for some pointers and some guidance from the project management of these projects."

Collaboration and the sharing of best practice within the industry will also be important in driving down costs, according to Jim Christie, the UK Oil & Gas Authority's head of decommissioning.

"In the decommissioning world … there has been a very clear demonstration of people willing to share information," Christie said.

"I take my hat off to Shell. They came into the Decommissioning Board, one of our meetings, and shared some of the lessons they had learned and their recommendations. ConocoPhilips have done the same, Perenco have done the same, Centrica have done the same. So, there are conversations and discussions happening. We need to move it further along the spectrum but I can see a difference in attitude to what we had 24 months ago."

However, Christie also warned that the oil and gas sector needed to produce a "defendable overall cost estimate" for the North Sea basin when it came to decommissioning.

"I think it is unacceptable, for us as an industry, to say, 'Well, it could cost somewhere between 30 billion and 150 billion dollars.' That's a very big range. I think the two extremes are probably unlikely. I think the 30 is more achievable than the 150 because I think we will find solutions … We expect as we [work with the industry] to find some very good nuggets in terms of cost-reduction opportunities."

Also speaking at the conference was Imes Group Chairman Melfort Campbell, who reminded those present that there were still billions of barrels of oil left in the North Sea and that the UK oil and gas sector also had an opportunity to develop its supply chain so that it can compete internationally, even after the oil on the UKCS has gone.

"I think decommissioning is going to be the number three business opportunity for me in my lifetime. The number one was in the 1970s, being here in Aberdeen: the opportunities that the opening up of the North Sea represented. But that leaves the number two, and the number two is the remaining 20 billion-plus barrels that remain sitting out there. Are we going to access them?" Campbell said.

"In my view we should not only produce 20 billion barrels more but then, on the back of that, build our indigenous supply-chain competitiveness so that we can compete across the world of oil and gas. We are currently number four in the supply, support and services to the oil and gas industry globally. I'm often told that when production on the UKCS ceases, the oil and gas industry will leave. Well, we're number four and France is number three. Would anyone like to talk me through the offshore oil production [in France] that keeps that industry going?"