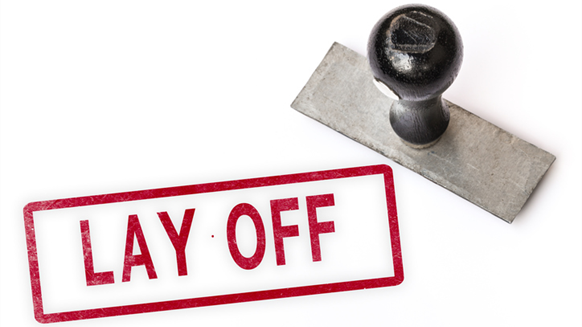 The industry downturn continues to weigh on Asian oil and gas workers as redundancies continue to rise with no recovery in sight.

Staff layoffs continue to rise for most Asian companies – including shipyards in Singapore, Malaysia and South Korea – operating in the sector, in line with falling revenues caused by a dearth of fresh contracts due to cutbacks in capital spending.

With many international oil and gas firms as well as national oil companies trimming capital expenditures for two consecutive years, thousands of workers employed by major Asian shipyards have been made redundant.

“2015 saw roles in upstream [sector] disappeared or gone quiet. There was a lack of investments and a reduction in drilling regionally and globally,” Mike Wilkshire, Hays’ plc Singapore-based Business Director for Construction & Property, Oil & Gas and Life Sciences told Rigzone.

“While operational rigs continued [with their contracts], drilling contracts on completion are not renewed or renewed for short term only or mothballed,” he added.

In Singapore, the drying up of offshore, particularly rig, construction orders has led to layoffs at Keppel Offshore & Marine Ltd. (Keppel O&M) and Sembcorp Marine Ltd., the world’s most prominent builders of jackups. 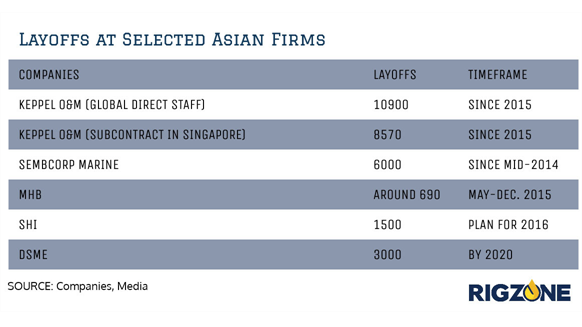 According to its 2015 annual report, Keppel downsized its subcontract headcount by 7,900 last year, which made up 24 percent of the 32,917 that had worked indirectly for the company before the cuts were implemented. Another 670 subcontract staff were made redundant in the first half of this year, a development that underscored the continuing absence of new orders, bringing the total that were retrenched to 8,600 since January 2015.

“Beyond natural attrition, we will look at ways to reorganize and streamline our yards and resources to become leaner and more efficient. For example, we can look into integrating our engineering resources across the different units in the Division. If necessary, we may also mothball yards with low work volumes,” Loh said as he elaborate on Keppel’s plan to ride out the storm.

Unlike Keppel, local rival Sembcorp Marine did not provide any data on job cuts. The company declined to respond to Rigzone’s query on the size of the layoffs as well as the types or roles that had been made redundant. Singapore’s Business Times (BT), however, reported July 29 that the shipyard has trimmed its headcount by 6,000 since mid-2014.