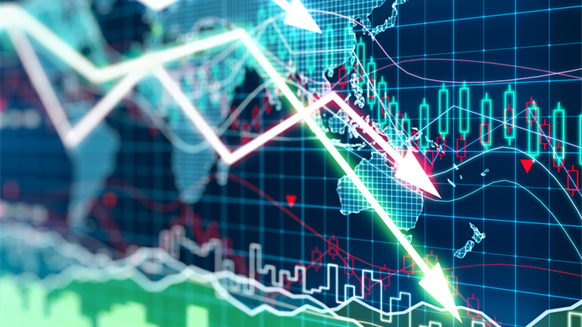 The largest oil traders are anticipating little relief to what has become the worst market slump in a generation.

(Bloomberg) -- The largest oil traders are anticipating little relief to what has become the worst market slump in a generation.

All but one of 15 senior oil traders and executives interviewed this week at the annual Asia-Pacific Petroleum Conference in Singapore expect crude to remain between $40 and $60 a barrel over the next 12 months. Brent crude has traded in that range for the past five months.

Oil and natural gas companies have cut more than 350,000 jobs since crude prices started to fall in 2014 as explorers slashed hundreds of billions of dollars in investment to weather the rout. While crude has climbed from the 12-year lows reached at the start of 2016, a supply glut caused by the U.S. shale boom is pinning prices at half the levels of two years ago.

“The issue is that once prices go up too fast, American drillers start to produce more,” Arzu Azimov, head of Socar Trading SA, said. “The market will stay in the corridor of $40 to $50, max $55.”

The majority of oil traders said market re-balancing has been pushed back by at least six months from their projections in early 2016 because of higher-than-expected production from Iran and Saudi Arabia, coupled with the resilience of U.S. shale output.

“The oil market isn’t yet balanced,” Saad Rahim, chief economist at oil trading house Trafigura Group Pte. said. “The market has yet to start working through millions of barrels of inventories accumulated during the downturn.”

The bearish tone at Asia’s top energy conference reflects skepticism that OPEC nations and other producers can agree to cap output and shrink a global glut when they meet for talks later this month in Algiers.

While oil prices have jumped more than 10 percent since early August amid speculation that Saudi Arabia and Russia can marshal an production freeze, their actions point in a different direction. Riyadh is pumping the most crude on record, while Russian oil output climbed above 11 million barrels a day for the first time since at least 1991, according to data published on the website of Energy Ministry’s CDU-TEK unit for start of September.

Oil prices are likely to stay around current levels “for the next two years,” said Christoph Ruehl, chief economist at the $800 billion Abu Dhabi Investment Authority. Abu Dhabi produces most the oil in the United Arab Emirates, OPEC’s fourth-ranked producer.

“Prices may well be capped around current levels for another year, rather than rising gradually through 2017,” said Amrita Sen, chief oil analyst at consultants Energy Aspects Ltd.

Freezing output would have a limited impact on prices with the biggest producers pumping at close to record levels. Higher prices over the coming months would require production cuts to change supply and demand balances. The  Organization of Petroleum Exporting Countries could also lose credibility with too much talk and no action.

Phil Miller  |  September 08, 2016
Absolutely at least one more year of glut; however the pullback in investment for the last two years coupled with the eventual correct numbers ... we are looking for some extreme spikes an valleys for the next 6 years. Not many of the valleys below $60.
RELATED COMPANIES
Company: OPEC more info
Company: International Energy Agency (IEA) more info