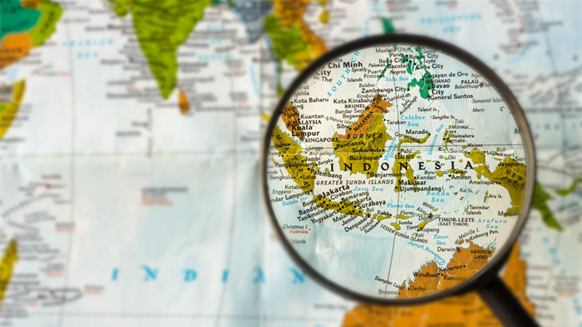 Indonesia plans to step up offshore oil and gas exploration and development activities in its waters, including those surrounding the Natuna Islands, which are located near the South China Sea where China and 4 members of the Association of Southeast Asian Nations (ASEAN) – Brunei, Malaysia, the Philippines and Vietnam – are embroiled in a territorial dispute.

"Pertamina will be offering 7 oil and gas blocks in the EEZ (exclusive economic zone) and 3 in Natuna Islands through an open tender," Zahid said.

The Malaysian DPM added that the invitation would open new cooperation opportunities between the two national oil companies.

"PETRONAS is now focusing on explorations within ASEAN for better management and reduced cost," Zahid said, as quoted in New Straits Times.

On Monday, Indonesian daily Jakarta Post reported that Pertamina planned to sign a production sharing contract (PSC) to develop the giant East Natuna block with Exxon Mobil Corp. and Thailand's PTT Exploration and Production Pcl (PTTEP) by September in order to bring the field into operations by 2019.

Pertamina had recently met with representatives of the Ministry of Energy and Mineral Resources' (MEMR) oil and gas directorate general to discuss the issue.

"We are still studying the possible terms and conditions. Before the PSC (for East Natuna) is signed, we will make sure that we have prepared all that is needed,” Pertamina Senior Vice President, Upstream Planning and Operation Evaluation Meidawati said Thursday.

According to MEMR’s Director General for Oil and Gas IGN Wiratmaja Puja, the government would grant incentives to Pertamina to develop the East Natuna block, adding that a timely signing of the PSC would help achieve first production in 2019, while the joint venture continues its 2-year study on the field.

"Yes, we are hoping to get the PSC signed by September, so that oil production can start in 3 years,” Wiratmaja said in the Jakarta Post report.

The region has proven gas reserves of 46 trillion cubic feet (Tcf), but development of the resource is not easy due to a high concentration of carbon dioxide (CO2), estimated at 72 percent, in the field.

As a result, the cost to develop East Natuna gas resource is expected to be high. The joint venture will need to make a large investment – which Jakarta Post citing previous estimates said stood at around $20 billion to $40 billion – in advanced technology to optimize production from the block.

The Indonesian daily also added the block could yield an estimated oil reserve of 46 million stock tank barrels under the gas reservoir, which could produce 7,000 to 15,000 barrels of oil per day.