Oil Companies May Spend $8B to Start Output in Uganda 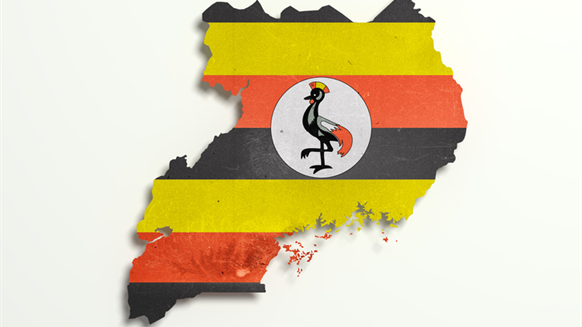 The government on Tuesday issued production licenses to London-based Tullow Oil Plc and Total SA of France and said that together with Cnooc Ltd., the state-owned Chinese producer, the country expects to pump as much as 230,000 barrels per day of crude.

“The companies are expected to invest over $8 billion in the infrastructure required for all the production licenses,” Muloni said in the capital, Kampala. “This investment will be for the drilling of about 500 wells, construction of central processing facilities and feeder pipelines, among others.”

Uganda discovered oil in 2006 and has an estimated 1.7 billion barrels of recoverable resources. Cnooc, the first company to be granted a production license in Uganda, has been developing the fields jointly with Tullow and Total. The crude will supply a 60,000-barrel-a-day refinery that the government last month invited a group of companies by SK Engineering & Construction Co. to build. The rest will be shipped for export using a pipeline to the Tanzanian port of Tanga.

The companies are expected to make their final investment decisions within 18 months, Muloni said. The licenses will run for 25 years, with the possibility of them renewals for a further five years, she said.

“Grant of these production licenses will trigger the immediate work programs and activities in preparation for the production of petroleum in Uganda,” she said. “The issuance of the licenses during a period of low oil prices should benefit from low cost of services and materials.”

The state-owned Uganda National Oil Co. will have a 15 percent stake in all oil-production licenses, as provided in respective production-sharing agreements, she said. The government expects to receive an average of $1.5 billion a year for the duration of production at the fields from royalties, fees and taxes, according to an Energy Ministry statement.